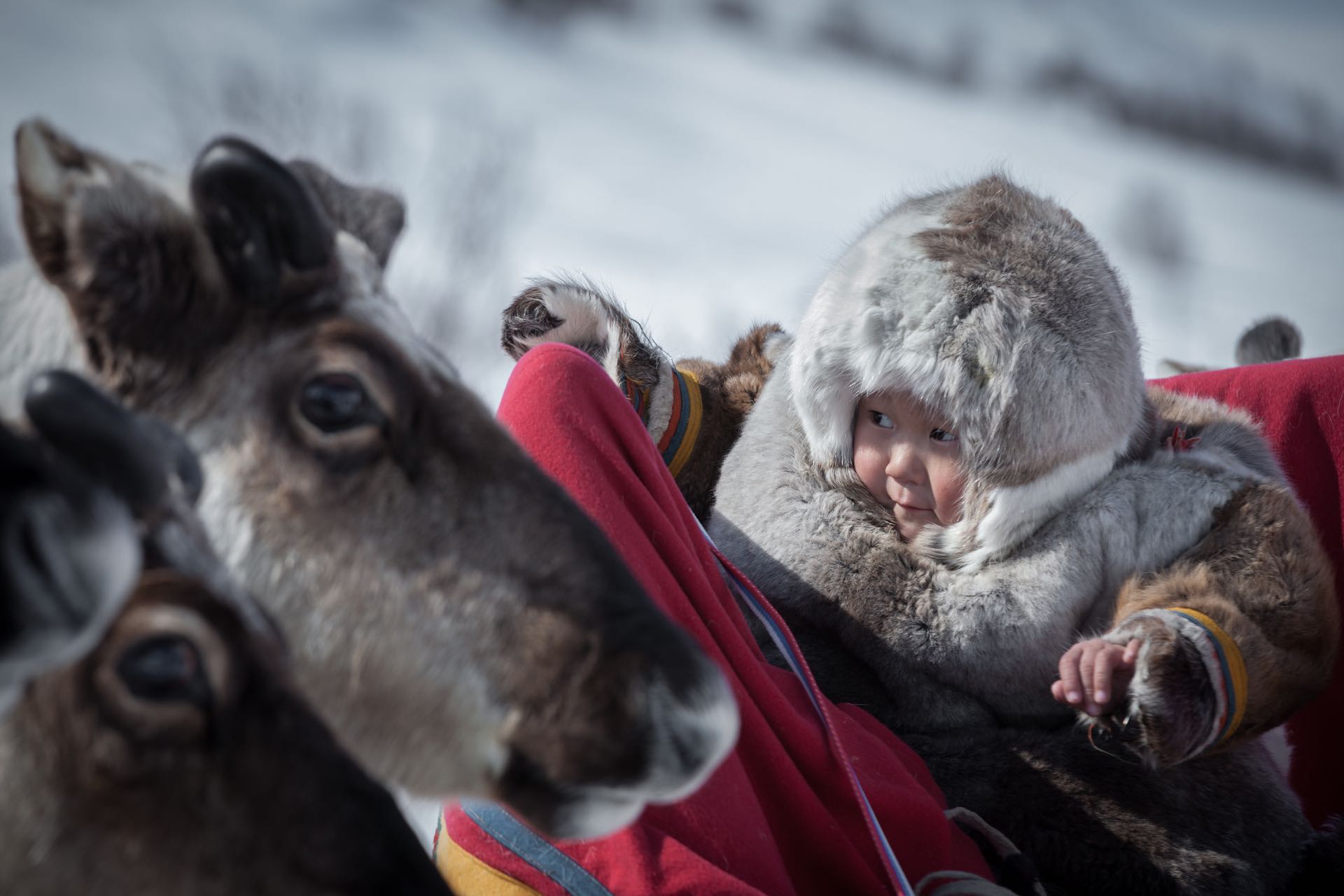 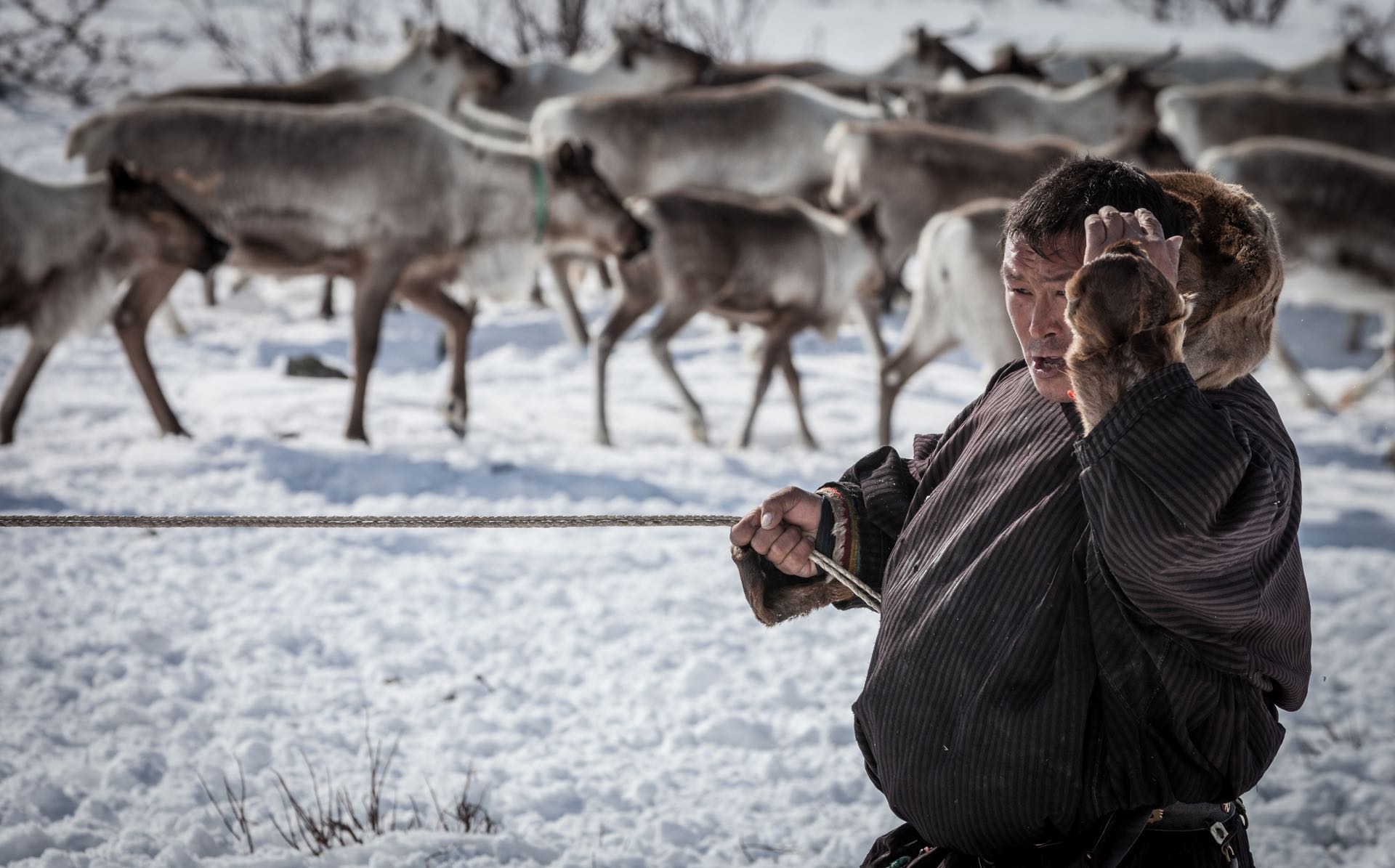 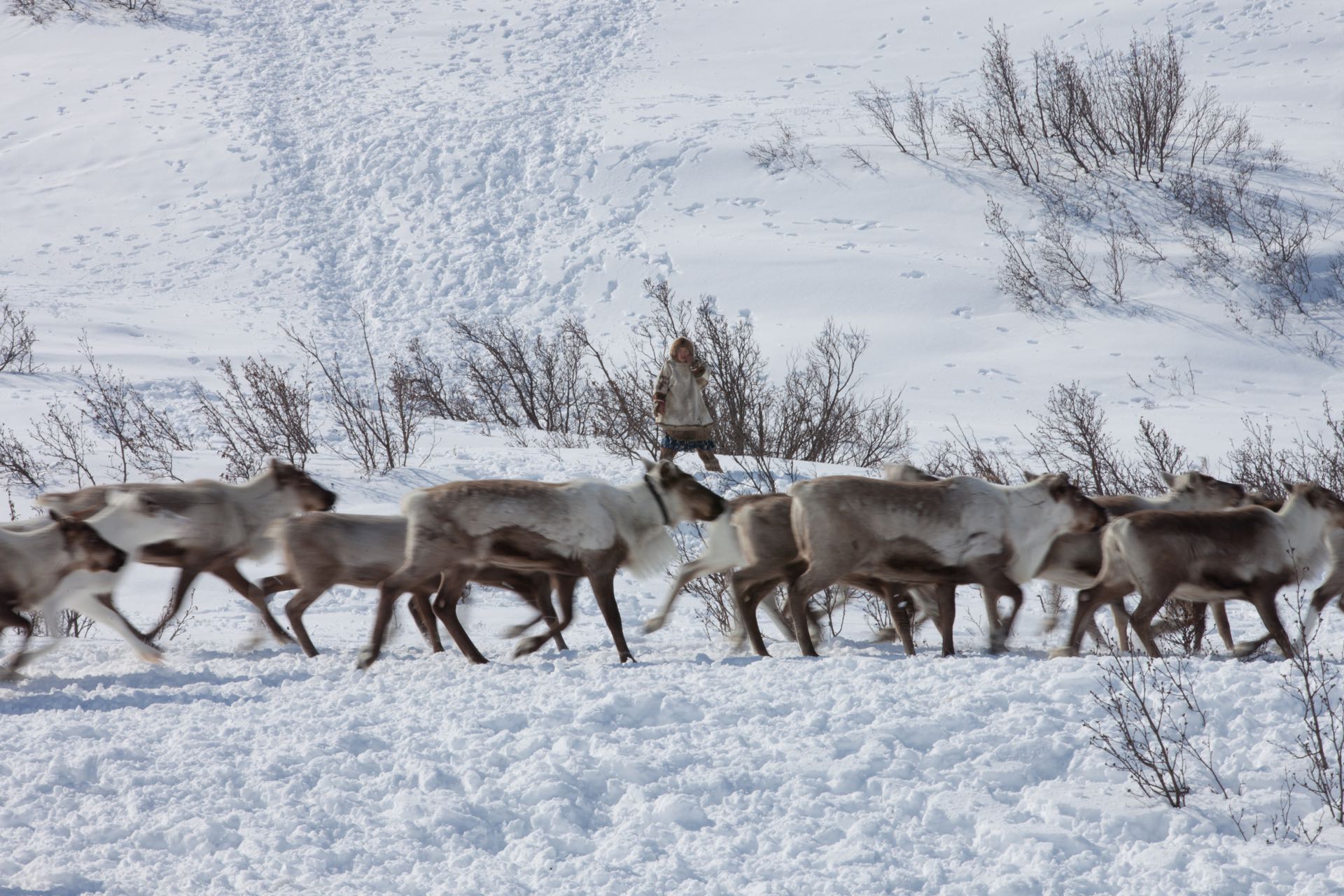 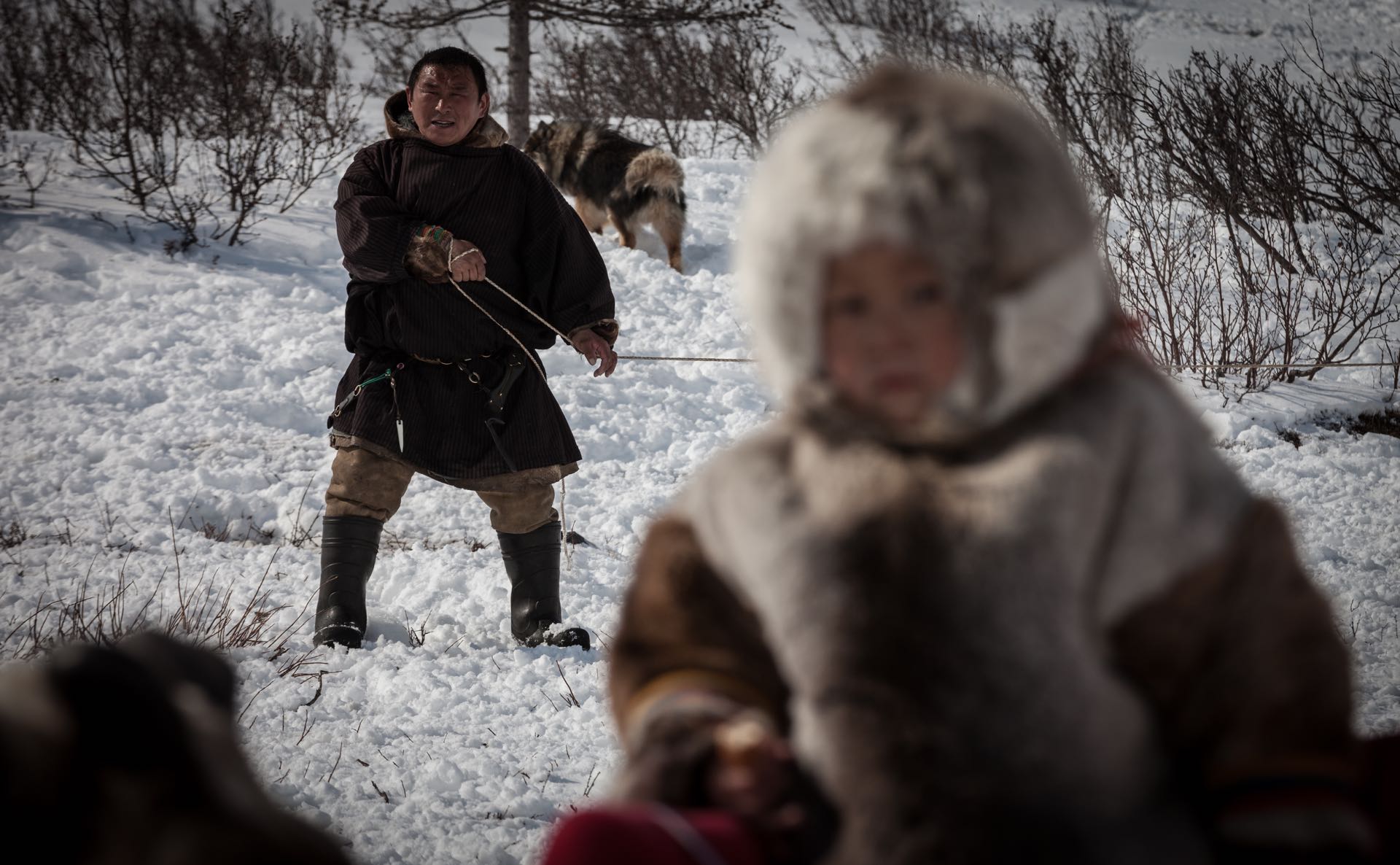 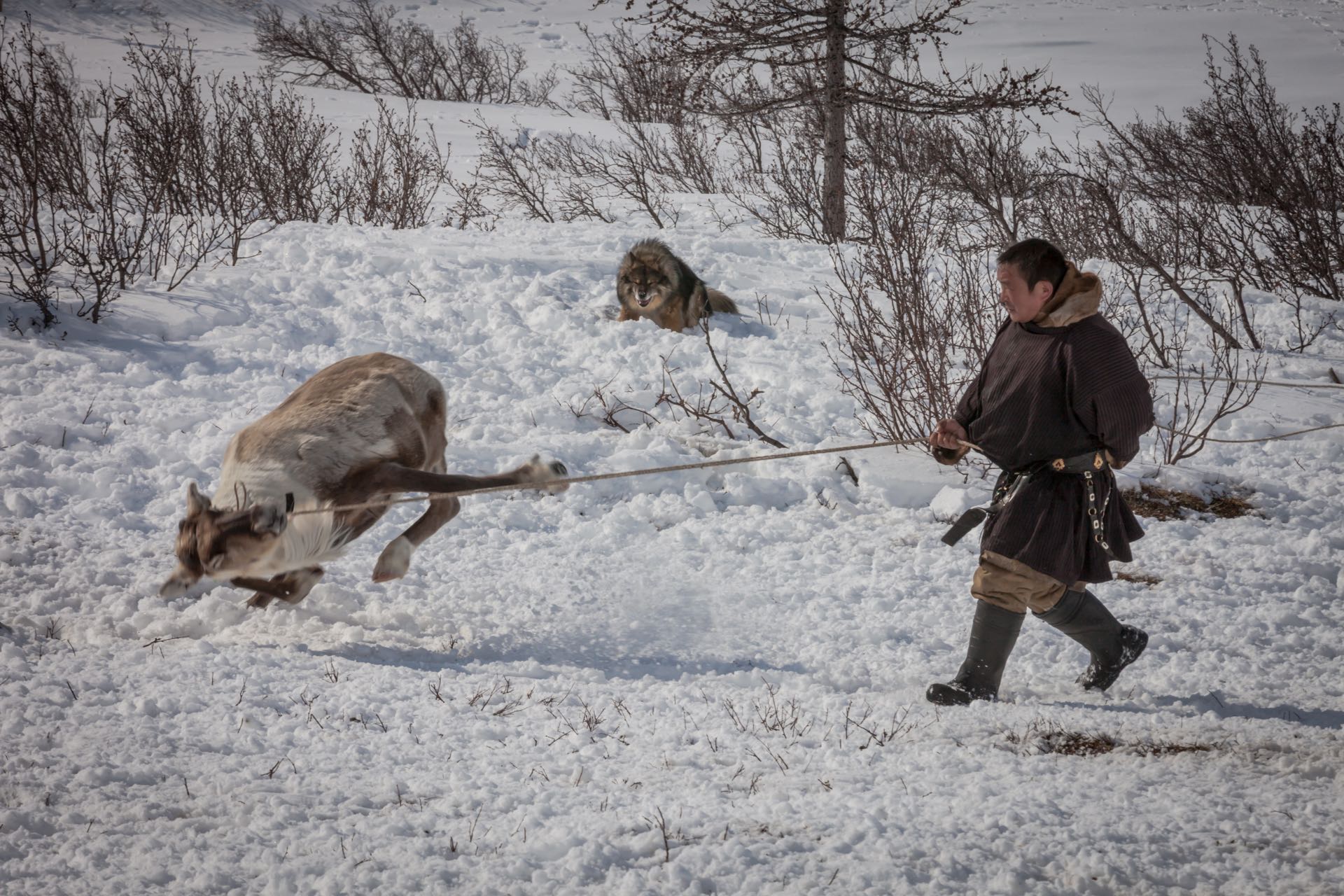 Follow the indigenous Nenets, reindeer herders from the northern Russian region of Yamalia, as they migrate across the peninsula.

This voyage of discovery launches you into the striking and original culture of the nomadic Nenet, the arctic guardians of a rare and an ancient style of reindeer herding.

Accompany a Nenet family and live with them in a chum, sharing daily tasks with them on the tundra and Polar Ural Mountains.

Each spring, the Nenets guide their enormous herd of reindeer from the frosty wintery pastures towards the summer pastures of the Arctic Circle.

Thriving for more than a thousand years, in glacial winter temperatures of minus 50 degrees to summer heatwaves of 35 degrees, the migration of one of the largest indigenous groups in northern Siberia can range from 500-1,000 kilometers.

Crossing the frozen waters of the Ob River, and passing some of the most remote regions on earth, joining a migration is a truly unique nomadic experience.

Covering a vast territory of 2,000 kilometers, from the Kanin Peninsula at the White Sea in the west to the Taymyr Peninsula, the Nenet people also traditionally hunt, trap and fish. Located on the West Siberian Plain, it is the largest plain in the world.

It’s important to note that the program for the expedition and its activities may change or be adapted according to the group. The Nenets can move their camp at any moment, and so the locations of stay may only be known just before departure.

And with summer temperatures ranging between 5C-25C (with very cold winds) and winter temperatures that can reach below -60C, with an average of -25C-30C out on the tundra, it is extremely important to bring appropriate clothing.

Get in touch now to reserve your place on an incredible 12-day expedition in Siberia and be part of the nomadic Nenet reindeer migration.

This is the price to join a group (minimum of 4). All the meals in the migration are included in the price. During the transfer and flight days only the Breakfast is included.
Cancellation Policy

There is no cook on this trip, and so preparing the meal is a group task.

My father and grandfather taught me to love the mountains from a very young age. At 12, I did my first rappel...down the wall of the village church (the priest wasn't there). That's where it all started...

I'm passionate about nature, climbing, mountaineering and ski touring and have been calling the Lleida Pyrenees home for as long as I can remember.

As a UIMLA-mountain leader, I have led trips and expeditions in America (Peru, US and Canada), the Alps, the High Atlas and even Ladakh (Indian Himalaya) and Yamalia (Russian Arctic). Since 2014, I am in charge of snow and avalanche training at ACNA (Asociación Conocimiento Nieves y Aludes).

For me, guiding is not work: it is my passion. Each tour and expedition provides a new chance to discover and share what surrounds us. Respect for the environment, nature and local culture are at the basis of my philosophy of life, which I try to share with joy.

What People are Saying about Ramon Dies Miracle

Ramon is very experienced and a wonderful trek leader. I enjoyed my hike in the Montserrat Natural Park!
Read review
Mad Madhura
I had such a fantastic adventure. The scenery was gorgeous and we were the only ones in the park. Ramon was a pleasure and this excursion was everything that I hoped it would be.
Read review
Alexus Bond

15-day Trek to Mount Belukha (4,506m) in the Altai Republic of Siberia, Russia

Hike the Way of the Heroes in the Western Caucasus

15-day Trek to Mount Belukha (4,506m) in the Altai Republic of Siberia, Russia

Hike the Way of the Heroes in the Western Caucasus

Other trips in Russian Altai Mountains