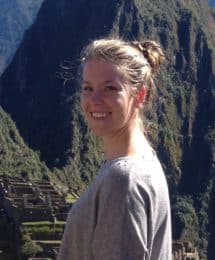 Adventure awaits on the many trails that snake up the slopes of Mt. Whitney. The highest peak in the lower 48 crowns the Sierra Nevada at 14,505 feet, drawing hikers, climbers, and mountaineers alike to test their fitness on a iconic mountain with a first recorded summit in 1873.  The peak is situated in central California, where Sequoia National Park meets the Inyo National Forest, near the famous Death Valley National Park. The town of Lone Pine is a convenient base from which to start your adventure.

This peak is a great option if you’re an experienced hiker looking for a challenge, or an intermediate climber or mountaineer looking for your next summit. The many routes up the mountain range from tough hikes to snowy and technical climbs, and it can be explored year-round by those with experience in alpine mountaineering settings.

Read on for more information about exploring this fantastic peak – you might just feel inspired to make it the destination of your next outdoor adventure!

There are at least a dozen different routes up the mountain, varying in difficulty and technical skills required. However, two stand out as the most popular: the Mt. Whitney Trail and the Mountaineer’s Route.

The most popular path to the summit is aptly called the Mt. Whitney Trail. It’s a Class 1 (non-technical) 22 mile roundtrip hike that can be done in 1 or 2 days depending on how much time you have and how quickly you move. This is a classic, winding route that takes you through the rocky landscapes of the Sierra Nevada, through green forest and past the treeline through a jagged landscape to the summit.

Due to its popularity, you must obtain a permit from the National Park Service to hike this route in peak season from May – October. This can either be done online via a lottery system, or by showing up at the ranger’s hut and seeing if there were any no-shows. There are only a certain number of permits available, and they quite frequently sell out. Plus, all permits are made available online, so if you choose to bank on a no-show there’s a chance that you won’t be able to hike. From November – April, you just need a more generic wilderness permit that are not subject to a quota.

Second to the Mt. Whitney Trail is the Mountaineer’s Route, a route pioneered by the father of the US National Park System, John Muir in 1873. This is listed as a Class 3 hike, meaning that the route involves exposed scrambling. Climbers may or may not use the assistance of ropes for safety purposes depending on their skill and comfort with this sort of terrain. This route also requires a permit during peak season.

A summit of Mt. Whitney is also integrated into some of the beautiful, long distance treks of the region for those with a week or more to be in the wilderness, such as the John Muir Trail or Pacific Crest Trail.

The trailhead begins at Whitney Portal for both routes, which is located about 13 miles away from the small town of Lone Pine. Lone Pine is not a big city with tons of options, but you will find camp sites, motels, and basic groceries at the local supermarket or convenience stores.

Duration of the ascent

Ascents of Mt. Whitney typically take 1-3 days, depending on which route you choose, the season, and your pace.

Mt. Whitney Trail: To complete the Mt. Whitney Trail in 1 day, you can expect the adventure to take about 12 – 16 hours. Otherwise, you can move at a more leisurely pace by spending a night on the mountain.

Mountaineer’s Route: This route is typically done in 1-3 days. Though only a short 5 mile trail, the way to the summit involves more than 6,000 feet of elevation gain, making this a strenuous, steep climb. Most climbers agree that progress is quickest early or late in the season, when there’s a decent snow cover on the couloir that allows for the use of crampons and ice axe. In the warmer months, instead of snow, you can expect loose rocks and scree, which slows many climbers down.

No matter which route you choose, there are a number of established water-accessible backcountry campsites along the way. As always, you should follow Leave No Trace principles by sleeping in established campsites to avoid any unintended damage to the wilderness, and removing all your garbage and waste. Since the ascent and descent is done along the same trail, a helpful tip is to leave your gear at the campsite and pick it up on your way down. If you’re doing this, be sure to put fragrant items and food in tamper proof containers so that you don’t come back to any surprises!

Mt. Whitney Trail: This route’s popularity is largely due to the fact that it’s not technically difficult. This makes it a great opportunity to climb an impressive mountain without any technical skills. That being said, it’s certainly a physically demanding ascent at elevation, so climbers should have the appropriate fitness level.

Mountaineer’s Route: As a Class 3 Hike, this trail is more technically difficult, although it is possible to ascend without use of ropes or other technical equipment. It is a steep, lung-busting trail, so a high level of physical fitness and training is also required.

If you are climbing either route in the winter months, you should have experience climbing in alpine settings and mixed terrain.

If you’re a hiker who doesn’t want to encounter snow or ice on the route, peak times to hike Mt. Whitney Trail are the summer months of July, August, and September.

However, if you don’t mind a little mixed terrain, the mountain can be hiked year round. If you are heading to the mountain in winter, you will want to check the weather, as well as be prepared for snowy, ice, and cold. This should only be attempted if you have previous experience on winter climbs or alpine conditions. Keep in mind that during the winter, the approach may also take more time, as roads may be closed. From February to early May, the snowpack may be deep and sturdy enough to make ski mountaineering or splitboarding adventures possible!

Mt. Whitney Trail: No special gear is needed outside of sturdy, broken-in hiking boots for those hiking the Mt. Whitney Trail during the summer.  Of course, you will also need camping gear if you’re staying overnight on the mountain. In winter, you will need equipment for mountaineering along snowy routes, such as crampons, ice axe, and snowshoes.

Mountaineer’s Route: For those advancing in the summer, ropes are not necessary. However, some choose to use them during an exposed scramble at the end of the climb from the notch to the summit of the peak. In the winter or in the shoulder season, you will definitely need ice axe and crampons and may want to bring ropes as well. Due to the many loose rocks along the route, a helmet is also a great idea.

Click here to check all our options to climb Mt. Whitney with a guide and start planning your next mountain adventure!

Want to know more
about Hiking in United States?

Rock climbing in Arco: What are the Best Spots?

Overnight backpacking in the Snoqualmie National Forest near Seattle