When Isabelle asked her sister, Christine, what she wanted for her 50th birthday, the answer took her by surprise. Going on a pulka backcountry skiing adventure in Lapland was certainly intriguing, but it was daunting too, even for these two Swiss adventurers who are used to regularly escaping into the high mountains away from the crowds.

Although Isabelle had seen a pulka on a large glacier in Iceland on a ski touring trip once and she had been curious about it, it had also seemed a little scary. However, fulfilling her sister's birthday wish was a great excuse to finally try it out. It took a few years to finally get around to it, and Hanna, a young, local guide from Sweden, was the perfect guide to take them. Isabelle and Christine chose a tailored 5-day pulka program, which was just right to enjoy the wild, remote nature of Abisko, and to become familiar with this new type of fun. 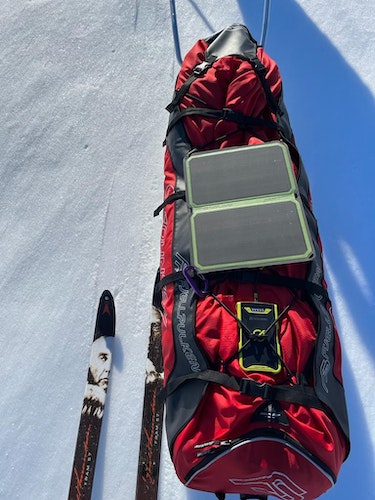 What is a pulka?

Pulkas, which are like sleds, are typically pulled by people or dogs, and are quite popular in the Arctic, especially for adventures into the wild. They make carrying food and camping equipment into remote snowscapes, away from civilization, a little easier.

In this case, Isabelle and Christine rented their pulkas, as well as the harness required to pull them, and their ski boots and poles. The pulka that each carried weighed around 30 to 35kg.

Additionally, this ski trip required using very thin skis that were different from the ones that they were used to, however, the snow cooperated nicely. 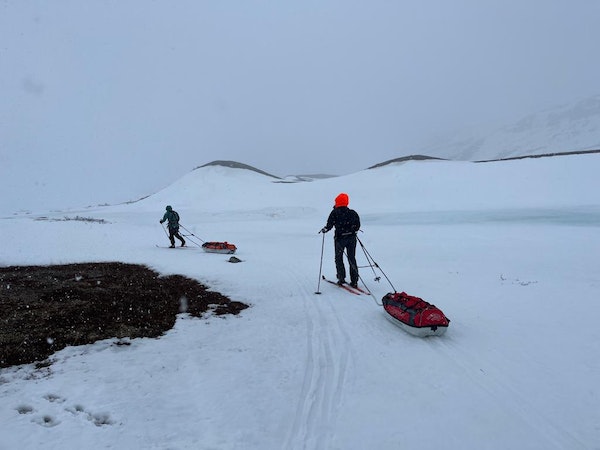 What did the pulka backcountry skiing tour consist of?

The tour began with Isabelle and Christine meeting up with their guide, Hanna, in Abisko. Going over their equipment was key, and they were able to leave their big luggage behind and prepare the pulka with the necessary equipment and supplies. This included some Swiss fondue and white wine that the sisters brought to share for the first night, some dried reindeer meat, and a camp cooker and tents on Hanna's side. After lunch, they set off.

They took a circular route and crossed the Lapland gate. Over the course of 5 days, they covered 70km which involved a wide variety of landscapes and crossing over a frozen lake. As Isabelle recalls, the experience was easier than mountain climbing, and especially pleasant because there was no one around:

It was funny, because I am 54, my sister 52, and Hanna was wondering if we would be up for it, but it was easier for us than climbing a 4000m mountain in Switzerland.

We were mostly alone the whole way, except for two people dogsledding. I don’t like to travel with a lot of people. On the last day, we saw more people because we went on the King’s trail, where we crossed a snowmobile, and then we stopped to have lunch in a lodge in Abisko National Park. We saw reindeer and moose and some beautiful birds. 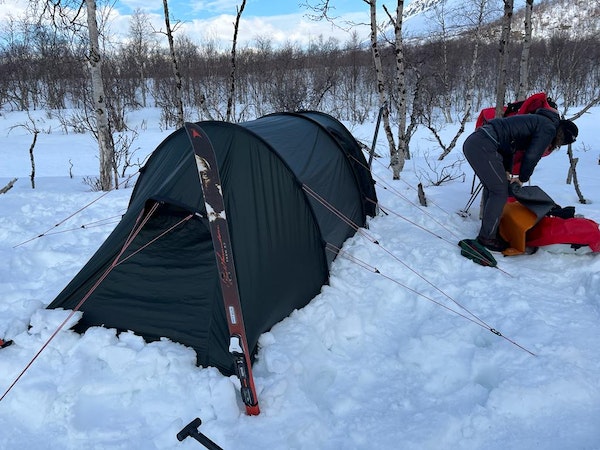 It was Isabelle's first time camping out in the snow, and one of the highlights of the trip for her. Since it was cold, they went to the tent at around 8 pm, but the sun didn't go down until 11 pm. However, the tiring experience of pulling a pulka and skiing in the Swedish Lapland all day was enough to put everyone straight to bed.

In the morning, they woke up at around 5 or 6, and then they took around 2 hours between breakfast and preparing the pulka. Breakfast consisted of porridge and muesli, biscuits, and coffee. Lunch consisted of dry meat and salted biscuits, also typical Swedish rye bread. For dinner, they had dehydrated food, chili con carne, pasta, or soup. And, of course, a lot of Swiss chocolate.

It took a long time because we had to boil snow for water and we needed 3 liters per day, so it took time to boil the snow. Sometimes we also found a river and took water from there. 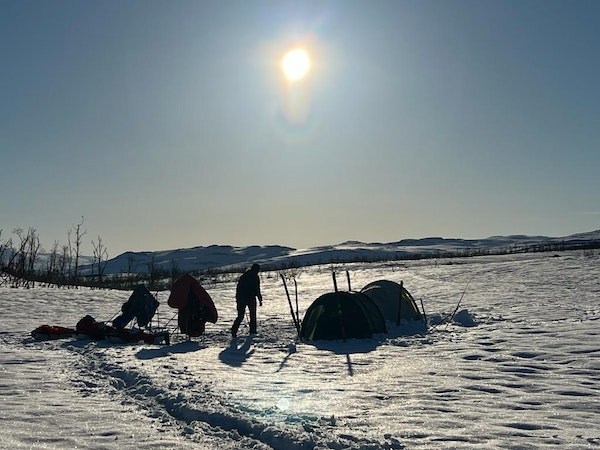 What was the guide's role in this pulka backcountry experience?

Hanna is a local certified guide, although she is still young, she is very experienced and well-traveled. She was the ideal guide to show the Swiss sisters the way, firstly, because it was their first-time pulka skiing and going with a guide was necessary for safety reasons, secondly, because she knew all about the local nature, and thirdly, because they got on so nicely.

Hanna is so nice and she is very quiet. Sometimes I get a bit excited, but she is very calm, and she can explain everything. We also asked a lot of questions about nature and animals and she knows her job very well. She works as a researcher, she’s a biologist, and she has a lot of experience with camping and travel.

Isabelle highlights that her three favorite memories of this amazing adventure were the unique winter Lapland light, camping in Sweden's immense, wild nature, and the warming company and great conversations with Hanna. 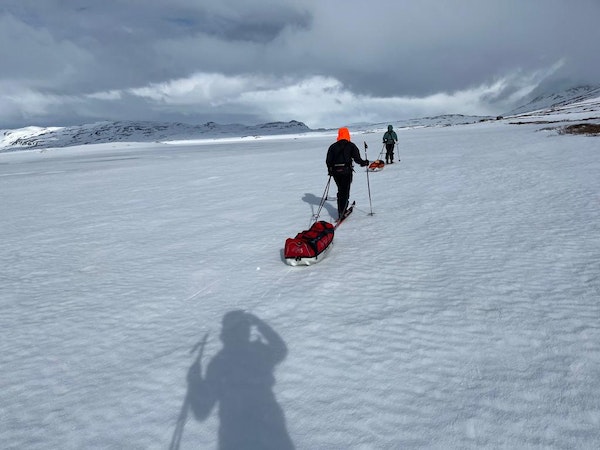 What are the physical requirements to go backcountry skiing in the Swedish Lapland?

This is not so much an intensive skiing program as it is an intensive winter trekking program. Therefore, if people want to do this backcountry tour it’s important to have the capacity to trek for at least 20km per day, however, an advanced skiing level is not required. A good disposition to collaborate with the setting up of tents, boiling of snow, and other winter camping skills are also a must. Starting with a short adventure is the best way to go for those who are just getting started in the world of pulka. That said, Isabelle found that she could have spent more days out in the wild Lapland backcountry and that she was not tired after five days:

I am not a very sporty girl, I ski every weekend, I climb the mountains, I go swimming in the lakes, but it was ok, I could have continued. I really like to spend a lot of time in nature.

Clearly, aside from a good fitness level, having an adventurous attitude is key for an experience like this one. Next on Isabelle's busy outdoor agenda is a 2-week trek in Greenland that she also booked through Explore-Share, but which she had to postpone due to an injury, and then Covid travel restrictions. Patagonia or Chile are also on this unstoppable adventurer's plans. 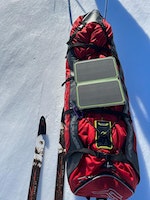