In a day or more, IFMGA certified guide Javier would like to lead you to the summit of the gorgeous Gran Vignemale peak in the Pyrenees of both Spain and France.

Throughout the Pyrenees there is a wide assortment of great peaks. And on this mountaineering expedition you will get to scale one of those peaks: the Gran Vignemale (3,298m). This magnificent peaks rests on the border of both France and Spain, and is marvelled at by citizens of both nations. It is also part of two separate national parks: the Monte Perdido National Park in Spain, and the Pyrenees National park in France.

There are some interesting facts about the Gran Vignemale that make it even more impressive. Firstly, it is the highest peak in the French Pyrenees. And secondly, it is one of the few peaks in the Pyrenees that has a glacier.

Incredibly scenic, the views you will get of the Pyrenees during the climb and especially from the mountain’s summit, are spectacular. While this climb can be done in a single day, it is recommended to do it in one-and-a-half or two days. This will grant you more great views, and make the climb less strenuous.

The ascent of this great mountain is challenging, but not to an excessive level. Hence, you do not have to be an expert climber to reach its summit. But we will be using crampons and ropes, so you should have some prior experience. Furthermore, participants should also be in good physical condition to make the climb as well.

Have you ever wanted to climb a great mountain in the Pyrenees? If so, the Gran Vignemale is a fantastic choice. To join me on this climbing adventure, just send me a request. I would be happy to guide you.

I can also take you on this 2 day ascent of the Monte Perdido in the Pyrenees as well. 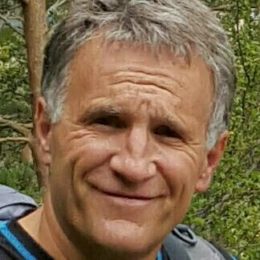 My name is Javier. I'm from Jaca in the Aragon Pyrenees. I'm an IFMGA certified mountain guide. I have also a special certificate for climbing and canyoning. I'm also a ski instructor.

What I like the most in my job:
- ski touring during the winter
- mountaineering in the Pyrenees during the summer
- trekking in the Himalayas during the autumn

Please get in touch with me and let me guide you across these beautiful mountains of the Pyrenees ! I know every corner of them. I will be happy to show you the beautiful secret spots here.