Rock Climbing near Barcelona: What are the Best Spots?

Barcelona is world famous for countless reasons. Serving as the second largest city in Spain and Catalonia's capital, Barcelona is known for sandy beaches, shimmering blue sea, surreal architecture, fantastic food and Lionel Messi. However, just outside of the city limits, a world of abundant and excellent rock climbing opportunities await!

Catalonia, specifically the area north of the idyllic city of Lleida, is recognized as one of Europe’s premier sport climbing destinations. Here, there is a huge variety of different types of climbing the bouldering to be done.

From steep limestone gorges to imposing rock towers, there is more to climb here than you could possibly do in only one trip. To that end, here is a list to five of the top climbing spots in the region. 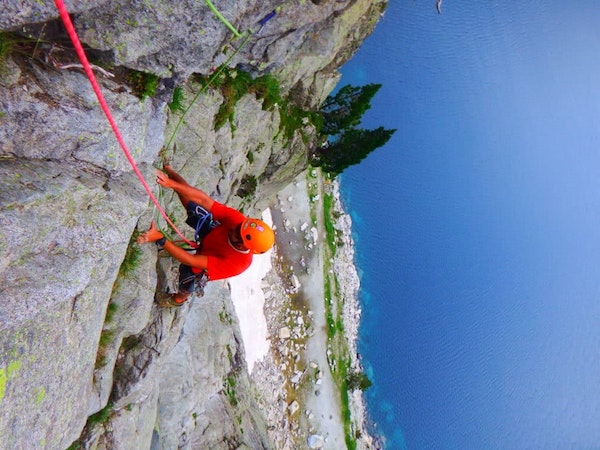 Terradets has only recently started to be developed as a climbing location, but already offers more than 60 routes and some of the best sports climbing in Spain. Characterized by steep overhanging climbs up tufas, pockets and more tufas, the area presents a real challenge for competent climbers. 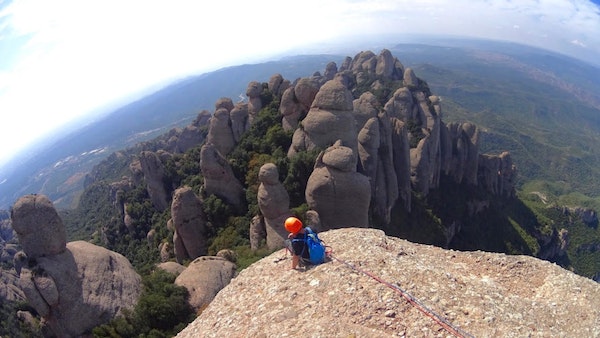 Located 35 kilometers northwest of Barcelona, Montserrat boasts a wide variety of multi-pitch climbing that is largely considered to be some of the best in Spain.

While simply stunning to behold from afar, with rocky pinnacles jutting out of the earth, Montserrat offers many different trad and sport climbing options. Huge rock walls on its north face offer great opportunities for beginners to hone their skills while learning new ones. Meanwhile the pinnacles and crags make for some great sport climbing, not to mention the stunning views from the top.

Some of the most popular routes include Gam del Bisbe at the Frares Encantats; the Via dels Sostres at Paret de l’Aeri; and Cade a l’Agulla del Centenar at Paret Nord d’Agulles. Not to mention, the peaks from Sant Jeroni to Miranda de les Agulles, which offer some spectacular views and challenging climbs.

This small and picturesque idyllic village north of Lleida boasts excellent multi-pitch craigs, which attract climbers from around Europe and the rest of the world.

There is so much to do in this one spot that you could spend the rest of your life climbing here and still not complete every route there is. The spot has everything from single-pitch 250 meter sport climbs to tough multi-pitch climbs that require plenty of athleticism.

A fan favourite is the famous La Cúpula, which boasts a 15 meter, 15/30º overhang with plenty of good holds. Overall, the limestone in this region is quite particular with many horizontal strips and flat holes, great for trad climbing.

Situated well into the foothill of the Pyrenees, the Collegats Gorge boasts an extraordinary variety of different types of climbing.

On the sunnier, south-facing side of the gorge is a massive conglomerate rock, known as Sector Cine. This mostly vertical, but slightly overhanging cliff is about 20 meters tall and makes for an excellent sport climb. From the top, you get excellent views back into the gorge and of the rest of the surrounding area.

Farther down into the gorge, closer to the Noguera Pallaresa river, stand the sheer limestone walls of L’Argenteria and La Pedrera, among others. These spots offer varied trad climbing options. The former has many handholds and shorter climbs while the latter is a long, 45-meter ascent requiring a rope and high level of fitness.

Regardless of where in the gorge you go, you are sure to find some excellent climbing spots.

Located up farther up into the foothills of the Pyrenees, in the northwestern corner of Catalonia, lie the Cavallers. These massive granite rock slabs and mountains provide excellent opportunities for great sport climbing as well as longer alpine climbs.

Ranging from intermediate to advanced, the area has numerous climbs through varied terrains as well as straight up barren rock faces. The region is located within Aigües Tortes National Park and has excellent single and multi-pitch climbing options as well as stunning views.

Among the most popular routes are Placa Xalmet, a steep granite slab situated over the reservoir; the Agulles de Comalestorres, an imposing tower of a craig with a trio of sport climbing routes; and the Pasions Quirúrgicas, Directa Americana, Salam Alekum and La Babosa, all of which offer something different and unique in this bold and beautiful region.

Many of the climbs are nearby roads while others require a bit of hiking to get to. Either way, views throughout the area are fantastic and the climbing is sure to be unforgettable.

When is the best time for rock climbing near Barcelona?

From the late spring to the early summer is the best time of year to go rock climbing in and around Barcelona. During May and June, the temperature is warm and rain is uncommon. Daily temperatures are between 22ºC and 26ºC with an average of five days of rain per month.

However, because Barcelona’s Mediterranean climate is fairly mild, many guides offer rock climbing trips throughout the entire year. Winter days rarely cold and only slightly more wet than in the spring and summer. The summer can be quite hot with a strong sun, with highs exceeding 32ºC. The autumn is the season that experiences the most rain with temperatures similar to those found in the late spring.

How much does a rock climbing trip cost? 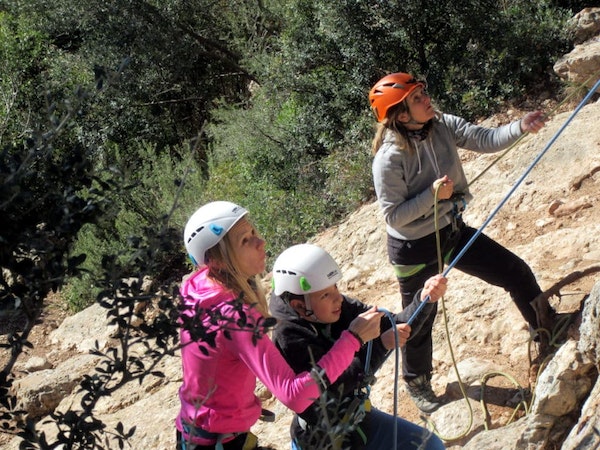 The average cost for a single day of rock climbing is about €200 for a single person. This price generally includes the guiding fee and equipment. Groups of two or more often pay less per person, but how much less varies from guide to guide.

Other outdoor activities around Barcelona

Aside from the stellar rock climbing, world famous architecture and out-of-this-world cuisine, Barcelona is also a hotspot for numerous other outdoor activities. Climbing Via Ferrata and hiking are also quite popular in the region. A bit farther north, the Pyrenees are a much sought after ski touring destination during the winter.

Check out some of the best via ferrata spots around Barcelona! 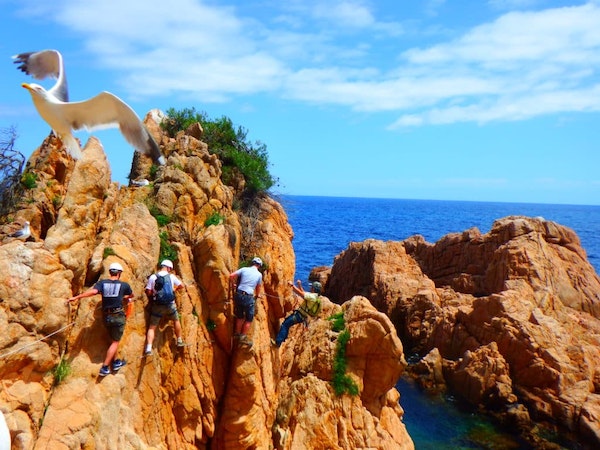 So what are you waiting for? Start planning your next rock climbing adventure now and get ready to discover the wild side of trendy and cosmopolitan Barcelona! 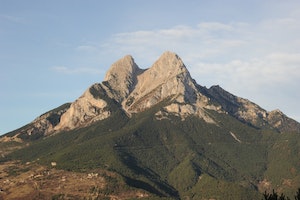