Ski touring in Kyrgyzstan: an old Soviet base and a real “Into the Wild” experience

When 29-year old Erik signed up for 6-day ski touring adventure in Kyrgyzstan, he knew little about the country in general and a lot less about the beautiful Ala Archa Valley. His ski touring experience was, in fact, also quite limited. But he had been dreaming of going somewhere new for a while and Kyrgyzstan seemed like the perfect destination: off-the-beaten-path and more affordable than the Alps.

Before settling down with a job at Salomon, Erik had spent 4 seasons working as a ski instructor in the Swiss Alps. With plenty of off-piste experience and a good fitness level, he felt confident he would enjoy his first real ski touring experience.

He took his friend Sam along with him and the two of them hired Andrey, a local KMGA-certified mountain guide featured on Explore-Share with an impressive guiding resume in the Kyrgyz mountains.

Andrey proposed a 6-day ski touring program in the Ala Archa glacier, which seemed to be exactly what they were looking for. A few months later, they were boarding a plane for Bishkek, the capital of Kyrgyzstan. 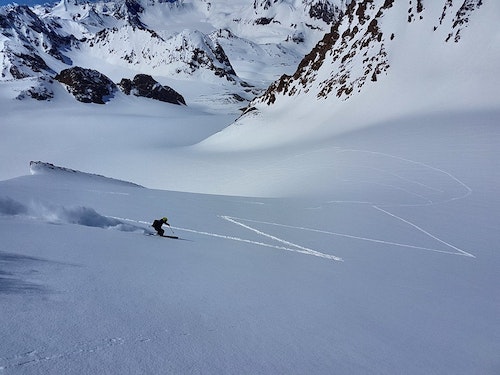 Ski touring in the Ala Archa Valley

When Erik and Sam landed at the airport in Bishkek, there was Andrey waiting for them. They drove for an hour to reach the Ala Archa Valley and, once there, slept for a few hours in a local hotel. Then, they went on an acclimatization walk.

The next day came the hike to the mountain hut where they would spend the next four nights. Erik was surprised at how demanding the hike turned out to be. They carried their skis and boots until they got to the snow and then skinned up the rest of the way.

“We walked for around 9 hours, with heavy backpacks and under the rain,” Erik recalls. “You had to be really fit!”. 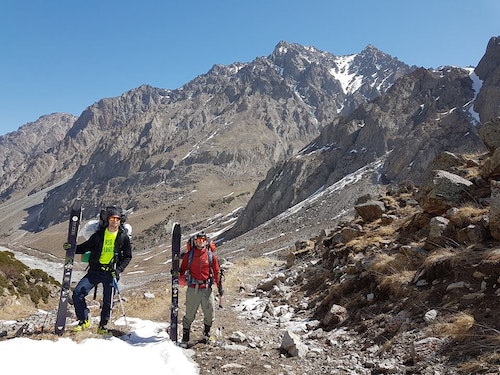 But despite the intense physical effort, the group really enjoyed the hike and it ended up being one of the trip’s highlights. “We felt like if we were discovering an unexplored area. As you walk up, you progressively see the glacier and it is such a cool feeling!,” he says.

The hut, in an abandoned Soviet ski base

The hut is part of an abandoned ski base from the Soviet era. It is unserviced, which means “you never know who you are going to meet when you get there”, says Erik. The first night, in fact, they shared the refuge with a group of Russians who were friends with Andrey. The atmosphere was memorable! Every night, they would cook for themselves by melting snow on the stove. 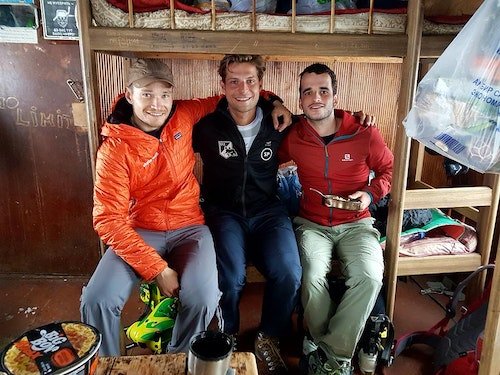 They were really lucky with conditions. Blue skies from the second day on and epic snow conditions made for a truly “magical” experience.

“Andrey knew exactly where to find good conditions,” says Eric. “It was magical, a real ‘Into the Wild’ experience.” A few days later, they could still see their tracks on faraway slopes. They knew they were theirs because there was nobody else around! 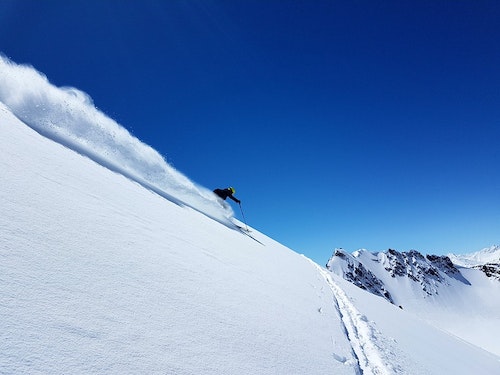 Erik was quite impressed by his guide: “He is a really cool guy, he speaks English very well and has lots of experience. He can also talk about a lot of things, he is really smart.” Andrey holds his country’s top guiding certification (KMGA) and has extensive experience guiding all over Pamir and the Tian Shan Range in Kyrgyzstan.

During the ski tour with Erik, Andrey talked about his country a lot. “Ninety-six percent of the country are mountains and there is a very small outdoor community. He is very enthusiastic about Kyrgyzstan and the nature there, so he shares it really well,” says Erik.

Both Erik and his friend liked the fact that Andrey pushed them to ski outside of their comfort zone.

“The first ski day was tough. He really pushed us! At first, we were surprised that Andrey would take us there without knowing what our ski level was. But, in fact, he had been evaluating us on the way up!,” says Erik. 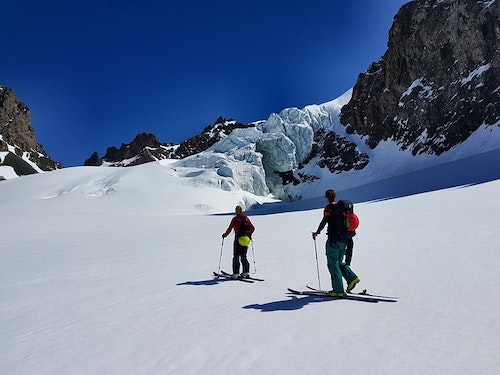 After the skiing was over, Andrey took them back to Bishkek and showed them to the best spots. They shared a few drinks and had a last meal together. “He really did a lot more than what we expected. It was really nice of him,” he says.

The trip to Kyrgyzstan lit up the wanderlust in him and now he is longing to visit other unusual ski touring destinations: maybe Russia or Iran. 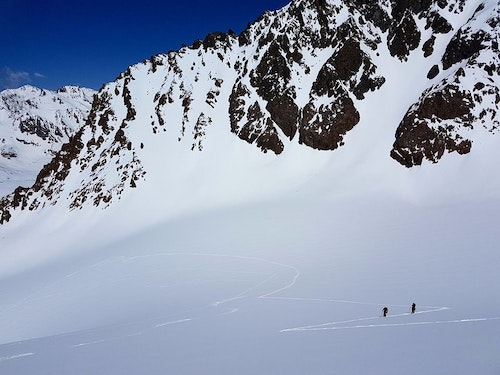 Ten out of Kyrgyzstan’s 23 ski resorts are located just one hour away from Bishkek. With prices significantly lower than in the Alps, it’s a great destination for Europeans looking for great conditions at reasonable rates.

But not all Kyrgyz ski areas are serviced. The old USSR ski base in one of the most remote corners of the Ala Archa Valley provides a rare chance to get out into the wild, into areas that have seen few skiers since the end of the Soviet era. Although further away from Bishkek, the Terskey Mountains also offer fantastic ski touring conditions, with guaranteed snow from November to April. And the Suusamyr valley, 150 km away from the capital, offers powder snow and incredible views.

For expert ski tourers, climbing to the summit of Muztagh Ata (7546m) and then skiing back down to the valley is an experience of a lifetime. Although the ascent is not technically difficult, acclimatization and a very good fitness level are key to this 25-day expedition.

All in all, Kyrgyzstan offers endless possibilities to adventurers daring to venture into unchartered territory. If you found Erik’s story inspirational, check out all the programs offered in magical Kyrgyzstan. 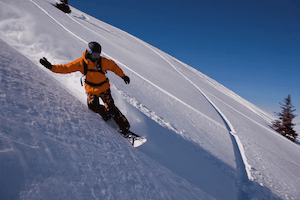