A Guide to Freeride Skiing in Kitzbühel (Austria)

There a multitude of reasons why Kitzbühel is such a famous and internationally renowned ski resort, especially for freeride skiing. Situated across the Austrian provinces of Tyrol and Salzburg, Kitzbühel has long been a trendy destination for the glamorous and fashionable sections of Austrian society, who flock to the quaint town every Winter.

The town itself is a medieval town which has been inhabited since around 1000 BC, and its car-free centre and stunning architecture inside its heavily fortressed walls ensure its reputation as one of the most good-looking ski towns in Europe.

Every January the eyes of the skiing world focus on Kitzbühel, as it plays host to possibly the world's most well-known and celebrated downhill ski race, the legendary and heart-stopping Hahnenkamm.

Apart from the race, it is the miles and miles of wildly varying and interesting landscape and terrain that appeals to most skiers, as the constant deep and fresh powder, excellent weather and long season make for ideal conditions for people of all abilities, from beginner to expert.

Stretching more than 80km long, the slopes of the Kitzbuhel Alps contain such towering and majestic peaks as the Kitzbüheler Horn (1996m), the Gratlspitz (1899m) and the highest mountain the region, Krezjoch (2558m). 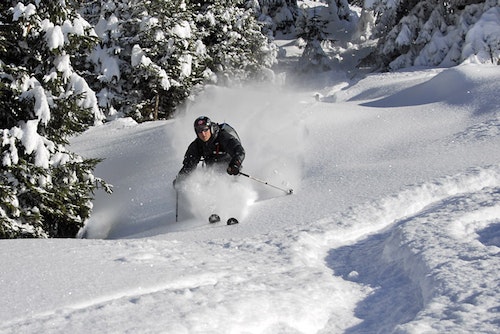 So what is it exactly that makes this beautiful area such an epic ski spot?

1| The snow. Due to its location, the Kitzbühel region receives a tremendous amount of snow during each season, meaning the powder is pristine and fresh most days. When freeriding in the off-piste areas, the lack of crowds makes for near-perfect untouched snow, which is fantastic for skiers of all levels.

2| The Scenery. The picture-perfect snowy mountains provide some truly epic and sweeping panoramic views over the valleys below. The tree-lined alpine forests and vast open tracts make for a stunning backdrop to skiing in Kitzbühel, and chances are you will be reaching for your camera often

3| The Town. The town of Kitzbühel is legendary for its entertainment, including shops, restaurants and après-ski. The captivating medieval architecture and alluring nature of the place has earned the town its ritzy reputation, and the yearly visits from celebrities and the rich and famous further burnish its cool credentials. 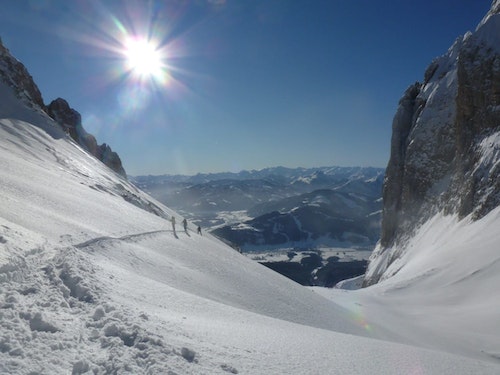 Where to Go Freeride Skiing in Kitzbühel

The wide array of areas to freeride ski in and around Kitzbühel is immense, and this enables people of all levels of ability to enjoy skiing there.

These are some of our favorite guided trips: 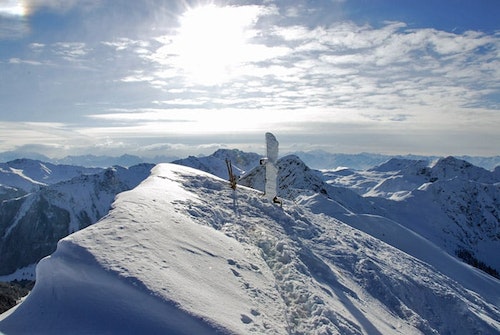 What Is the Best Time for Freeriding in Kitzbühel?

Kitzbühel has a long ski season, making it ideal to ski for not just the Winter months. The best time to freeride ski is any time from November to April.

Please bear in mind that December and January is the peak season for trips to Kitzbühel, so November, February and March will more than likely be less crowded, and thus more peaceful. 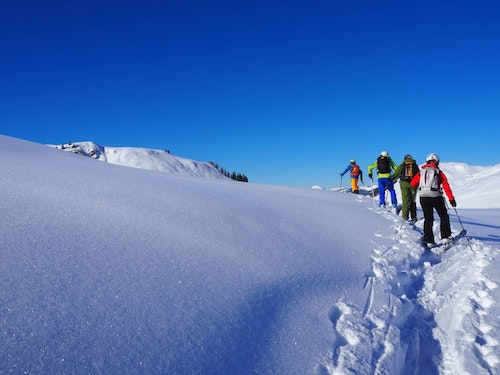 How Much Does it Cost?

Like most trips of this kind there are a myriad of factors that determine how much they will cost, such as length of time and size of your group. Please note carefully if your trip includes equipment in the payment, or if you will need to bring yourself.

The majority of daylong programs start at as little as 75 EUR per person for larger groups, increasing to around 175 EUR for smaller groups. Longer trips start at around 350 EUR. 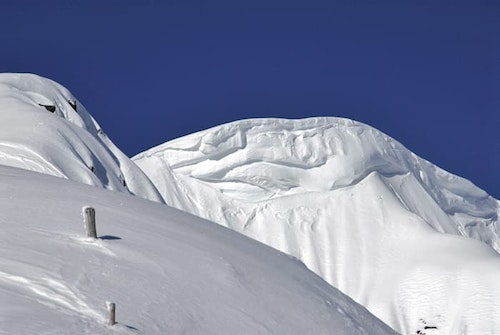 How to Get There?

Kitzbühel is ideally located between the major metropolis’ of Salzburg (74km away), Innsbruck (97km away) and Munich (174km away), with all three containing international airports that take flights from most major European hubs. It is also only a 1-2 hour drive away from all three places, and trains from Innsbruck depart several times daily, taking only 1 hour to get to Kitzbühel.

Explore the prettiest ski town in Europe whilst experiencing the exhilarating thrill of freeride skiing – book now so you don't miss out! 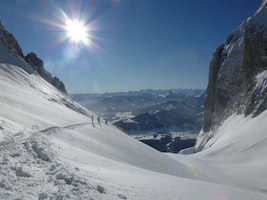 Kitzbühel Backcountry ski with a guide 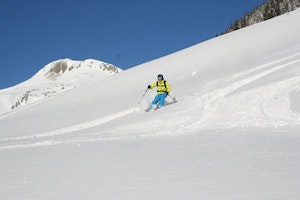