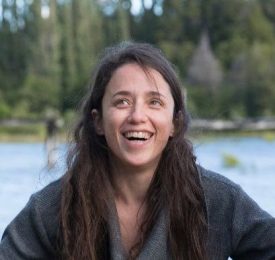 If you have always dreamed of spending a day on the slopes with a pro skier or snowboarder, a new partnership between Explore-Share.com and the Freeride Word Tour (FWT) will allow you to do just that: cruise around the best ski resorts in Japan with some of the country’s most famous riders for a day of epic fun!

The FWT is the organizer of some of the most important freeriding competitions in the world, with events taking place all over the globe.

As part of the deal with the FWT, Explore-Share users will be able to pick from an impressive lineup of Japanese pro athletes competing in the FWT or the Freeride World Qualifiers (FWQ) in Japan and book a day or several days of skiing or snowboarding in some of Japan’s most renowned ski areas, including resorts in Hokkaido, Nagano and Niigata.

Participants can expect to follow their athlete of choice as he or she takes them to the best powder stashes in the resort, hits the trees, takes them to ski some moguls or even gives them some pro tips at the terrain park. Sessions, which will take place within resort boundaries, will be offered both as private and group programs.

“This is a truly unique opportunity for our users to ski Japan’s famous dry and light powder led by a local pro athlete who will not only show them to their favorites spots but also introduce them to Japanese culture,” said ExploreShare’s Ryoko Amano, in charge of Business Development in Japan and a mountain sports lover herself. “We are extremely excited about this new program,” she added.

JAPOW, as Japanese powder snow is known, has made the country’s ski resorts and backcountry a “must-visit” destination for freeride skiers and touring enthusiasts around the world. And with Japanese ski resorts receiving an average of 10 to 18 meters of snow each season, there is definitely no shortage of it!

They will be offering sessions in some of Japan’s best-known ski areas, including the Hakuba Valley in Nagano, the resorts around Sapporo in Hokkaido and several spots in Niigata.

Programs will be only offered in Japan during the 2019 winter season but Explore-Share aims to extend the model to other ski areas around the world after this first test run.

Based in Lausanne, in Switzerland, the Freeride World Tour management has been organizing sports events since 1996. Its iconic “Xtreme Verbier” competition, held every year in April, has been transformed into the finals of a series of qualifying events that take place all over the world.

Japan was the first country in Asia to host Freeride World Tour competitions in 2017. A total of 8 events, taking place at 5 different locations across Japan, are scheduled for the 2019 season, with athletes competing both for individual wins and for the World Championship.

Want to know more
about Ski with an Athlete in Japan?

A Guide to Off-Piste Skiing in Davos, Switzerland

Off-Piste Skiing in Haute Savoie: What Are the Best Resorts?

Related Trips to Ski with an Athlete in Japan:

Ski in Hakuba with Yu Sasaki

Ski in Hakuba with Yu Sasaki