How to Understand Rock Climbing Grades

Climbing grades are used to classify rock climbing routes based on its difficulty level. Understanding how they work is key to assess your skills and determine your climbing level, and also to evaluate how challenging is a route that you intend to attempt.

New to rock climbing? Here’s a guide to get you started!

The thing with grading systems is there’s a lot of them. Some climbing grades are exclusive to specific types of climbing, like bouldering, sport climbing or ice climbing. At the same time, many countries have developed their own grading systems: there’s the Yosemite Decimal System in the US, the UK grading system, the French system…and the list goes on.

One of the most widely used grading systems is the UIAA Scale (International Union of Alpinist Associations). This scale uses Roman numbers from I to XI (that’s the most difficult grade to the present) to classify climbing routes and it’s used in several European countries and the Himalayas. 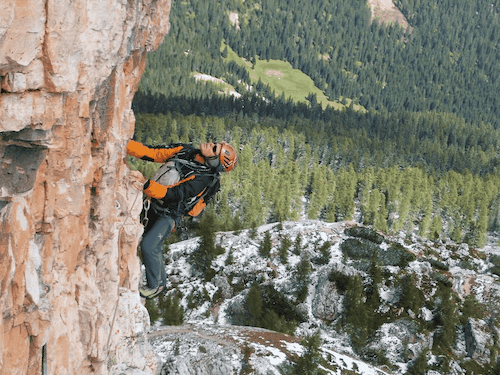 The UK is home to some of the best scrambling routes in the world. Check out this guided scrambling trip in Snowdonia and step into the rock climbing world!

Paklenica National Park, in Croatia, is an excellent destination for those who want to have their first climbing experience. Check out this guided trip in Paklenica for absolute beginners!

This rock climbing trip in Tre Cime di Lavaredo, an iconic landmark in the Italian Dolomites, it’s meant to be an amazing experience! Normal routes are around III grade.

Head to the Julian Alps in Slovenia and climb the Bavarian route (IV+) in the mythical north face of Mt Triglav. 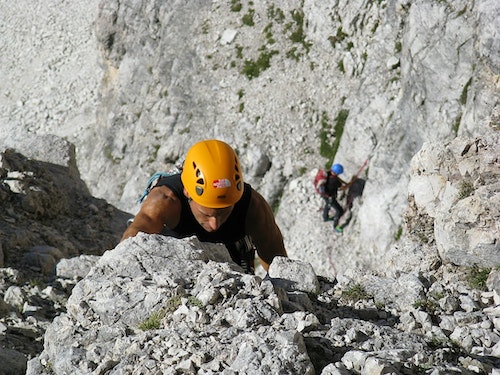 For rock climbers from V+ (even if you only have indoor climbing experience), here’s a guided rock climbing course in Kalymnos, one of the top climbing destinations in Greece.

If you are a seasoned rock climber, this 1-day climbing trip in Gorges du Verdon, France, guarantees challenging routes in an amazing natural setting.

This 2-day guided rock climbing trip in Naranjo de Bulnes take you to the most difficult routes in this Spanish climbing gem.

Ready for a rock climbing adventure? Check out all the amazing rock climbing programs around the world available at Explore-Share! And before leaving for your next trip, make sure you have everything that’s listed on this rock climbing equipment checklist. 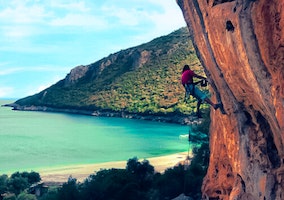 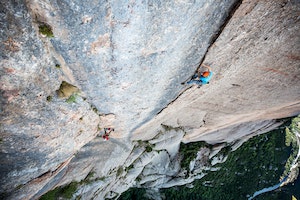