What are the Different Types of Climbing? Rock Climbing, Via Ferrata, Ice Climbing

Climbing means ascending a vertical surface. This fascinating activity that challenges both mind and body has a lot of sub-disciplines, involving different levels of difficulty, equipment, settings, and techniques.

Whether you are a newcomer to the climbing world, a beginner who wants to progress or you are just curious about this exciting sport, here’s a guide to the most common types of climbing. 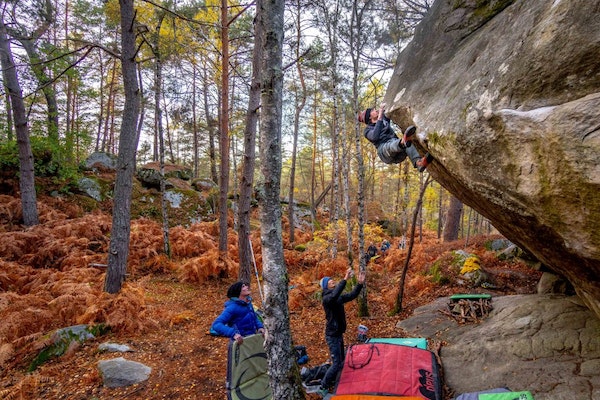 Bouldering consists of climbing small rock hills or boulders (either natural or artificial, outdoors or indoors) with a series of quick and powerful movements. This is the most simple type of climbing in terms of gear: you only need climbing shoes and some chalk to provide a better grip to your hands. No harnesses, ropes or other safety equipment is required, just a cushion underneath in case you fall.

Bouldering routes (also known as ‘problems’) are short in height ―usually no higher than 6 meters― but can be intense and complex. Boulder problems are graded according to their level of difficulty.

Little equipment, the fact that it can be done solo (it’s not necessary to have a partner) and the many boulders in indoor gyms make this type of climbing quite accessible.

Ready to get started? Check out some bouldering trips in Fontainebleau, one of the top bouldering destinations in the world. 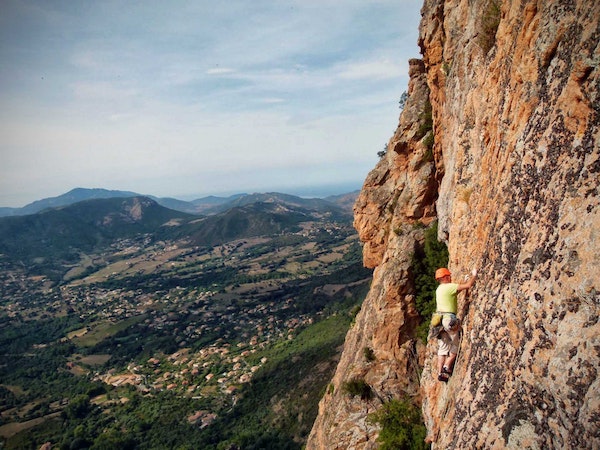 This is the most popular type of rock climbing, generally practiced outdoors but sharing some similarities with gym climbing. Unlike bouldering, the routes for sport climbing are much higher so you need to have safety equipment. Essentially, the climber wears a harness attached to a rope. Climbing shoes, helmet, chalk bag, slings, a belay device, and quickdraws make up the rest of the necessary gear.

For this type of rock climbing you need to have a partner (belayer). He/she will be on the ground holding a belay system that will stop your fall.

In sport climbing, the routes are already set and equipped with bolts. Every 2 meters (approximately) there are bolts drilled into the wall so that the climber can place a quickdraw into it and clip the rope in.

It’s common for many indoor climbers to progress towards sport climbing, due to its similarities in terms of technique and equipment.

Single-pitch climbing routes can be up to half rope length (around 30 meters) and have an anchor set up at the end. Once the climber reaches the anchor, the belayer lowers him/her down.

Multi-pitch routes, on the contrary, are much longer and consist of several pitches or sections. In sport climbing, multi-pitch routes start from two to three pitches. In big wall climbing (see below), routes can have up to 20 pitches.

These are two different ways of setting up the rope on a climb.

Top-rope climbing is only possible on a single-pitch route. In this case, one end of the rope is connected to the climber, the rope passes through the anchor rope at the top, and then the belayer on the ground holds the other end of the rope. This is the way beginners take their first steps in rock climbing, as it’s less scary and safer. Of course, setting a top-rope is only possible when there's an easy way to reach the top of the wall.

Lead climbing, on the other hand, is not exclusive to sport climbing but is also used in trad climbing or ice climbing. The lead climber is the first to climb a route. With a rope attached to the harness, he/she starts climbing and securing the route, by clipping quickdraws into the bolts. Bolts can be either pre-set on the route, like in sport climbing, or set by the climber.

There’s always a belayer in lead climbing, who is in charge of paying out rope to the climber and also of holding the rope tight in case the climber falls. 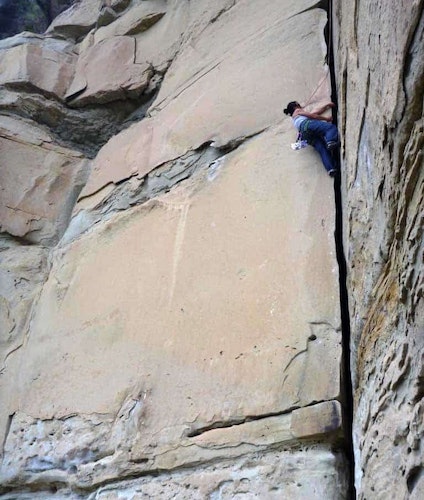 Traditional climbing (or ‘trad climbing’) is an outdoor rock climbing style that involves placing your own anchor and protection on a natural wall. Once you finish climbing, all the protections have to be removed, leaving no trace. For this type of climbing, the climber carries a rack with nuts and camming devices.

Unlike sport climbing, trad climbing is a more pure and adventurous type of climbing, which involves a higher risk and requires not only physical but mental strength. Some exploration is also necessary, as you have to build your own route by placing the protection devices in cracks and crevices on the rock (this is called ‘route finding’). 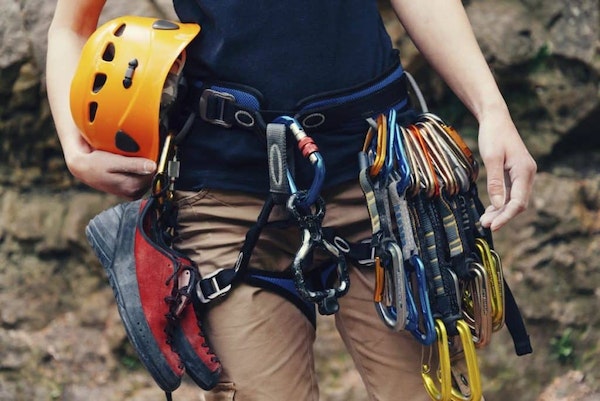 Besides climbing skills, trad climbing implies having extra technical knowledge of your equipment, in order to place your protection and anchor safely. 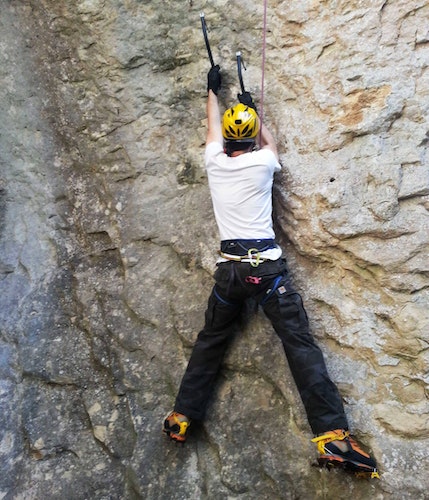 This form of rock climbing is closer to ice climbing or mixed climbing, as it requires a pair of ice axes ―which are placed in cracks on the wall― to progress on the rock. Climbers use crampons on their feet (instead of climbing shoes). Like in sport climbing, the climbing routes are generally bolted.

Dry tooling can be practiced both outdoors and indoors. However, when practiced on natural walls it has some controversial aspects, mainly because of the damage it causes to the rock faces. 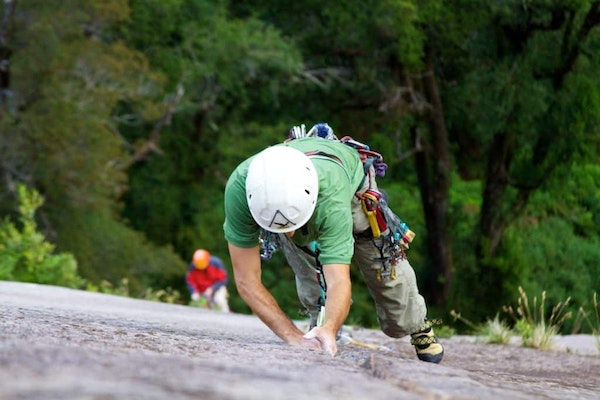 Big wall climbing involves climbing a super long and vertical multi-pitch route which may take more than one day. Consequently, you may have to spend the night on the route, sleeping on a portaledge (a sort of hanging tent). There are only a few places in the world where you can practice big wall climbing. El Capitan, in Yosemite National Park, is probably the world’s most famous route and usually takes between 2 and 5 days for climbers to reach the top.

This type of climbing involves carrying a lot of equipment: not only technical gear but also food and water. 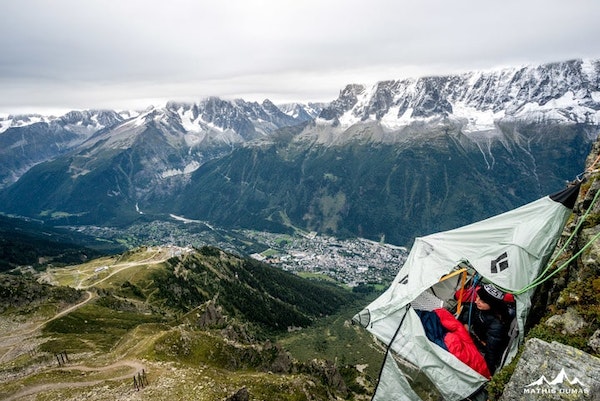 The main technique used for big wall climbing is called aid climbing. This involves placing small pieces of removable equipment (protection) in cracks on the wall, clipping a webbing ladder (the aider) to it and using it to progress upwards. Then, while standing on the ladder, the climber repeats the procedure and moves to the next gear placement.

Seeking your next rock climbing challenge? Whether it's sport climbing, trad climbing or any other type, here's our selection of top rock climbing destinations: 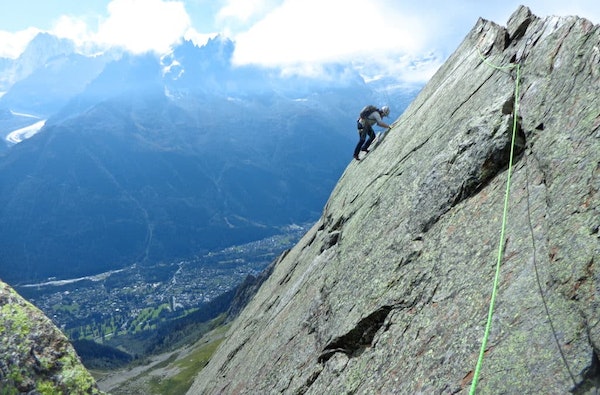 Alpine climbing is a form of climbing that combines rock climbing, ice climbing and glacier travel techniques, with the main objective of reaching a summit. It's more technical than mountaineering.

On alpine routes, climbers can use protection (belay devices, slings, etc) for safety or assist the climb.

Would you like to challenge all your climbing skills on a single mountain adventure? Then you should join one of the many alpine climbing trips in Chamonix-Mont-Blanc, at the heart of the French Alps. 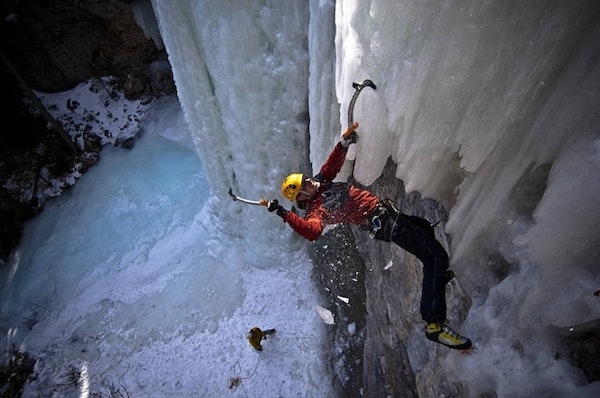 Ice climbing consists of ascending an iced surface, which may be the side of a glacier, a frozen waterfall or a steep ice gully. Like in sport climbing, ice climbers usually work in pairs, with a partner belaying the climber from the ground or from an anchor point (in the case of multi-pitch climbs).

The ice climbing equipment includes 12-point crampons, mountaineering boots, a helmet and a pair of technical axes. Sometimes climbers use visors to protect their eyes from falling ice pieces when they whack the ice above with the ice axes. Besides, they use ice screws, ropes, and quickdraws.

For ice climbing fans (or those who want to get started) we recommend Cogne, an ice climbing mecca in the French Alps. The scenic icefalls of the Lofoten Islands and Rjukan, in Norway, are another excellent choice. For some mixed climbing, check out Ben Nevis, in Scotland. 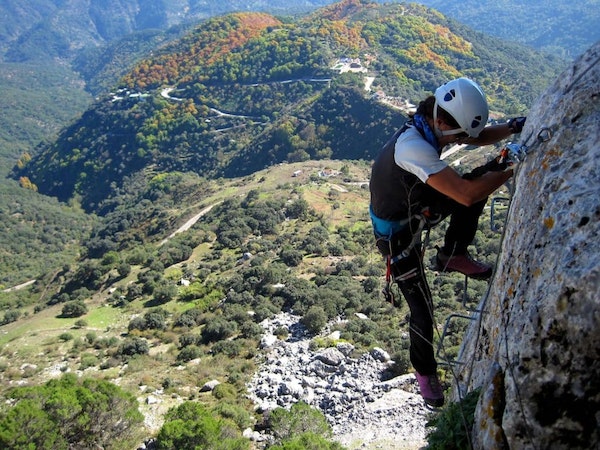 Via ferratas are secured climbing routes that allow climbers with no technical knowledge to reach a summit in a much safer way. Even children can take part depending on the level of the route. Usually, via ferrata routes have steel cables running along with it and sometimes fixed to the rock. Besides, they may include ladders, suspended bridges or other climbing aids.

The basic equipment for this type of climbing consists of a harness, a helmet, a pair of gloves and a pair of mountaineering boots. Besides, you will need a via ferrata set, made of a lanyard and two carabiners which are used to connect the harness to the steel cable.

Sounds like fun? You'll find amazing via ferratas in the Dolomite mountains, starting from the town of Cortina d'Ampezzo. Slovenia is also a great destination for this activity, with exciting via ferratas around Mojstrana, a village in the Julian Alps.

Hope you have enjoyed our guide of the most common types of climbing! Please keep in mind that all mountain activities entail risks and should be treated with respect. Booking a trip with a mountain guide is always a good idea and the best way to minimize risks! Guides provide invaluable knowledge of routes and difficulty levels and can find the best routes for you according to your experience and your goals. Besides, they can help you improve your technique and teach you how to use your equipment effectively for a safe climb. Have fun! 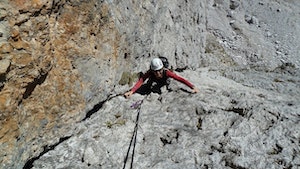 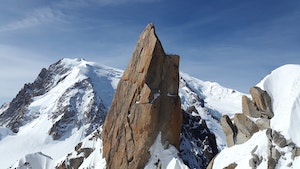