Selvaggio Blu: All About Sardinia’s Most Mythical Trek 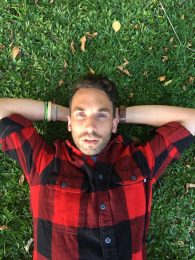 No two treks are the same, but when it comes to the Selvaggio Blu of Sardinia, there is nothing else remotely like it in the world. Often considered one of the most grueling and challenging treks in the world, this incredible journey covers over 35 kilometers (approaching almost 25 miles) from Pedra Longa north to Cala Sisine. The entire trip combines hiking with climbing and abseiling, at times up to 40 meters, all along the east coast of the island and its unimaginably stunning Mediterranean views.

First created in 1987 by Mario Verin and Peppino Cicalo, two local guides looking for adventure, the Selvaggio Blu follows an amalgamation of former mule paths and abandoned trails along the rugged cliffs and rocks that define Sardinia’s coast. Not only does it immerse you in the jaw-dropping environment found only on this Mediterranean island, but it gives you the opportunity to blend action-packed excitement with world-class location. A destination adventure like this is, at the very least, on par with other high-profile excursions – as the world’s toughest trek, the Selvaggio Blu may very well be in a league of its own.

Why Take the Selvaggio Blu Trek

The incentives for answering the call and joining a journey along the Selvaggio Blu are innumerable and verifiable. It is a great way to stay in shape while discovering a new area. It is an extended program that requires a sustained effort over multiple days. It immerses you in Sardinian wilderness culture in the outdoor terrain of Baunei along the way. But that is just the tip of the iceberg, because the Selvaggio Blu Trek is a once-in-a-lifetime adventure you can’t afford to miss. Here are the top three reasons to take on this expedition.

The starting point for the Selvaggio Blu Trek is in Pedra Longa, an idyllic coastal wilderness with a certain serenity to its scruffy appearance. For an extended trek, it is also possible to begin the expedition from Santa Maria Navaresse just to the south. The additional four and a half kilometers, with a modest descent of 200 meters, is a great option for a warm-up to the trail and to get a taste of what you are getting yourself into.

The entire trail can be broken down into four stages, each of which lasts about a day. The first: Pedra Longa to Porta Pedrosu. This journey gains steam in the later stages, so this opening is relatively soft. It follows the sea with a growing amount of jagged outcropping as you go. This is the longest stage at 12 kilometers and will cost you an entire nine hours of climbing nearly 1,200 meters in altitude.

The second stage begins at Porta Pedrosu and heads to Cala Goloritze, a nine and a half kilometer expedition with roughly 900 meters of elevation change. This portion has an average time frame of six hours to complete, though a trying area where the trail is unclear and ambiguous may make this part of the trail more trouble than it should be.

Day three takes you from Cala Goloritze to Bacu su Felieu. This is where the combination sports begin, and you can expect to start digging into your bag of abseiling and climbing tricks to complete this stage. It is arguable the most breathtaking, as it includes trees, seemingly-artistic scree, and stalagmites and stalactites from limestone caves. Not a bad seven and a half kilometer day, even if it takes about eight hours and nearly 1,200 meters in total altitude to complete.

The final stage from Bacu su Felieu to Cala Sisine runs seven kilometers and 1,150 meters in altitude for a six and a half hour day. It provides a trail among the trees with various glades looking out over the white cliffs. The additional skills and techniques are not as necessary as the previous day – the culmination of the trek allows for an enjoyable effort with a final abseil into the homestretch.

The itinerary is open for interpretation and change. It is common for treks to be less grueling and take six, seven, or eight days to complete. Many guides prefer to take more days to ensure the safety and satisfaction of their program. Some finish further up the coast at Cala Gonone, while others may only take part of the Selvaggio Blu to either avoid or stress a certain aspect of one particular stage.

The Selvaggio Blu is a thorough undertaking, as it covers an ungroomed trail that is at times unmarked. The scrambling is often on loose rocks, so planning for possible slips and obstacles is paramount for a successful journey. Some trips may require additional days, so make sure to set up your itinerary based on the needs and abilities of your group.

There are no villages to stop at during the trek, so bringing necessary supplies, including water, is crucial. The section of Cala Goloritze has a small supply of water, but on an eight day trek, you will need it long before you reach this part of the trail.

The other activities like abseiling and climbing make this a difficult undertaking and may also require a bit of experience and know-how. Having a knowledgeable, certified guide who is well-versed in the terrain is one of the best ways to prepare for this trip. It is completely different from other treks, so keep in mind that a normal hike may take longer than expected.

A guided trek on Selvaggio Blu can run anywhere from €350 to €1,445. It all depends on the size of your group, the duration of your chosen trek, and whether or not it has particular inclusions or not. A trip that does not include meals and a tent may be more affordable than one featuring transportation and luggage transfer. Find a guide who you trust and work out the details for a trip tailored specifically to your needs and abilities.

What is the Best Time to Go There

This journey can be completed at a few different times throughout the year. In regard to the most comfortable and accommodating conditions, meeting this challenge head on in the spring and fall will give you your best chance of success. July and August can face both overcrowding and overheating, so it is best to bookend a trip around the hottest months and you will be loving every inch of the trail. April, May, June, September, and October are your best bet for the best time.

How to Get There

Getting to Sardinia is fairly easy, with three main airports in Cagliari, Olbia, and Alghero. Rome, Paris, London, Munich, and Madrid all have direct flights to Cagliari. Ferries also connect mainland Italian cities like Rome, Genoa, and Civitavecchia to Arbatax, which is just south of Santa Maria Navaresse and Pedra Longa. Mainland France and Spain can reach Sardinia on lengthy boat rides via Grandi Navy Veloci, Moby Lines, and Tirrenia.

Once on the island, buses run exhaustively from city to city, though compromising and confusing schedules can be difficult to understand. Trains also connect larger cities, and a ferry connects Cagliari with Arbatax as well.

What Else to Do in Sardinia

This enchanting island is no stranger to adventure, so once you have completed the demanding excursion, stick to the coast and try rock climbing above the captivating blue waves crashing into the cliffs. There are even portaledge programs that can set you right out over the Mediterranean and look into the eyes of the waves crashing below.

The island’s geology – and that of its surrounding neighbors in the Mediterranean – is absolutely remarkable, so adding a jaunt into the rocks of the region is a highly-recommended addition to your trip. Selvaggio Blu might just be your gateway sport that parlays your passion for adventure into a dedicated search for the best places to rock climb in the Mediterranean islands.

If that isn’t wild enough, grab your bike and head to the mountains for an even more enriching cultural experience in Sardinia. Many programs even offer electronic bikes, making it more pleasant and less stressful while you take in your surroundings. Bidderosa, Galtelli, and Mt. Istiozza are all wonderful objectives on a classic biking tour, and each places you right into the midst of one of Sardinia’s many natural wonders.

Grab your pack and enough water for at least four days, because you are heading to the iconic Selvaggio Blu and the thrill seeker’s paradise of Sardinia for a complete tour along the world’s most difficult trek!

Want to know more
about Hiking in Italy?

Rock Climbing in the Lofoten Islands, Norway: What are the Best Spots?

Winter Mountaineering With a Guide, the Perfect Training for Ambitious Climbing Ascents

Hiking in the Julian Alps and Dolomites (4 days)

Related Trips to Hiking in Italy: