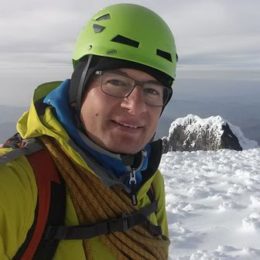 I started to climb at 11 years old in my mountain club, Grupo Ascensionismo from San Gabriel High School in Quito, where I discovered majestic places and solidarity as pure as the brotherhood. To me, the mountain is an encounter with the social and natural environment, and also with myself as a human being.

I have traversed my country, Ecuador, on its several summits, then I went to Bolivia and Peru for the first time outside, later to the Alps in Austria, Italy and Germany; the Mont Cervin/ Matterhorn on the border of Switzerland and Italy. Then the Aconcagua 6962m by the Polish route and my meeting with the Himalayas in 2010 in the Pumori Peak 7161m, which means “the daughter of the Everest” was a life lesson. In 2011 I enjoyed again the ascent of Aconcagua, in 2013 walked along the summits of Huayna Potosí, Pequeño Almapayo and Illimani at the Cordillera Real in Bolivia. In 2014 and 2017 I returned to Aconcagua. The Cordillera Blanca in Peru is my second home, I had great memories from climbs in 2000, 2001, 2005, 2006, 2007, 2009 and 2017 in peaks like Pisco, Chopicalqui, Vallunaraju, Alpamayo, Tocllaraju, Maparaju, Ishinca, and the treks Quilkayhuanca – Ishinca and Huayhuash. Since ever during the mountain trips, I have the opportunity to enjoy and share the happiness and humility that we learn from the mountains.