Located just outside of Las Vegas, Nevada, Red Rock Canyon Conservation Area is home to thousands of amazing climbs. The spring and fall seasons are the perfect time to reserve a guided trip to climb in Red Rock, and you can combine climbing with your trip to visit Las Vegas!

Great weather, long multi-pitch climbing routes for all ability levels, and beautiful desert scenery make for memorable days. I’ve been guiding climbs in Red Rock since 2005 and know how to set you up for success.

The 3-day itnerary detailed below is suggested. The exact itinerary will depend on your climbing experience and goals.

We can also have additional day/s:  More advanced, longer multi-pitch climbs are typically the objective.  I recommend a rest day after 2 or 3 consecutive days of climbing.

Whether you are just learning how to climb or have the experience to climb long challenging routes, I’ll guide you toward your goals.

Another multi-pitch climb, 4 pitches or longer, in 8 hours or less. 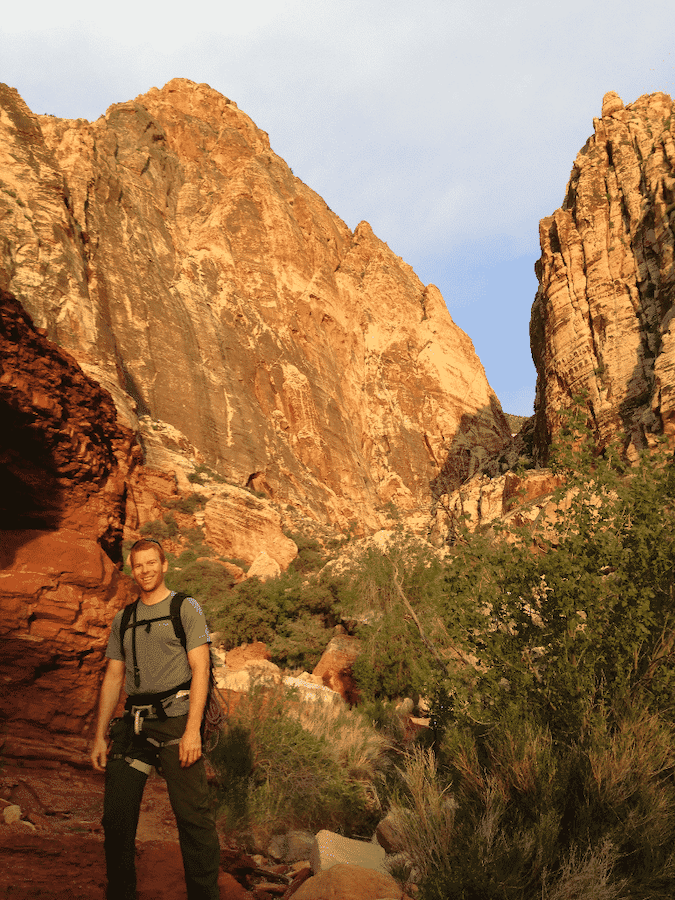 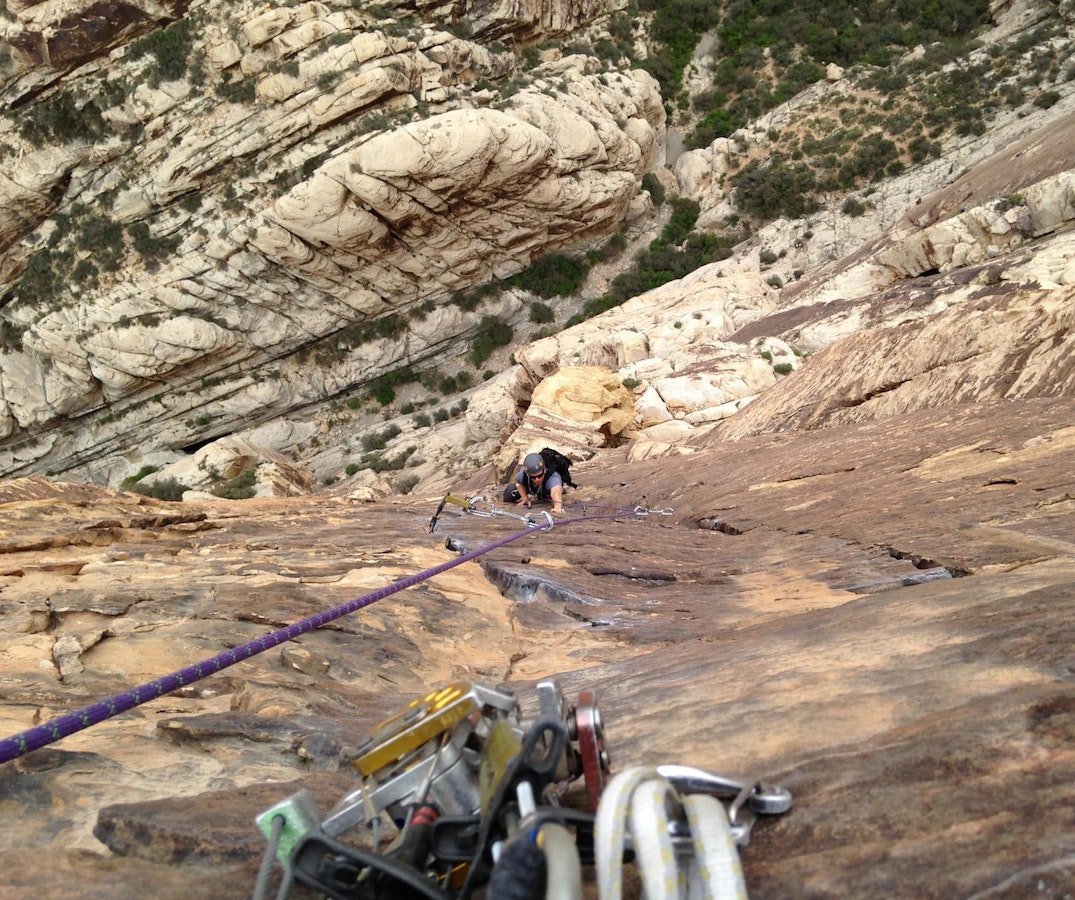 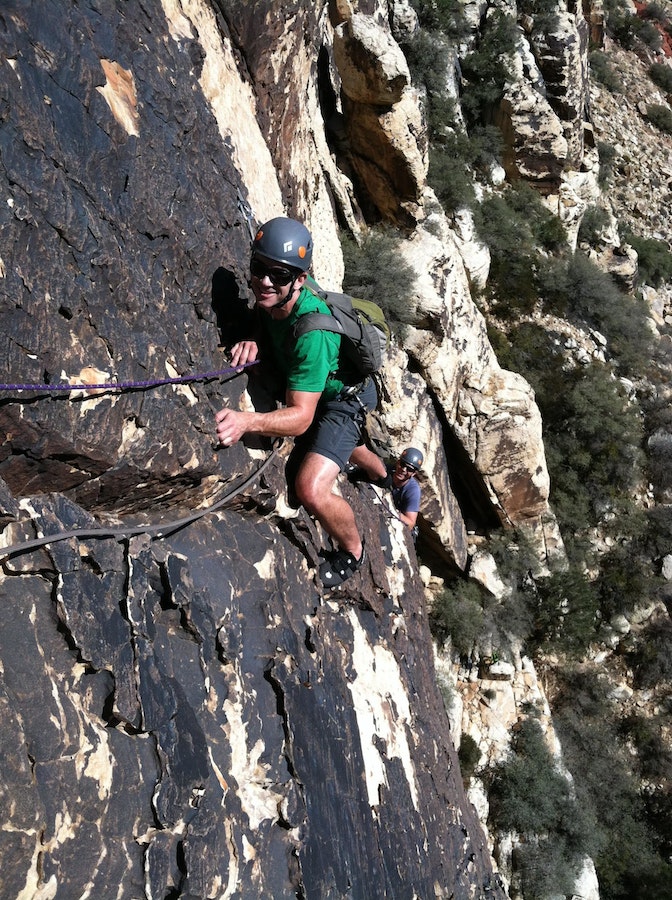 Brian is based out of Jackson Hole, Wyoming and has been guiding rock, alpine, ski, and ice climbing trips since 2005. He is a lead guide at Exum Mountain Guides, the oldest guide service in North America. Brian is a Certified IFMGA/AMGA American Mountain Guide, a ski guide at Jackson Hole Mountain Resort, and an instructor for the American Avalanche Institute. He holds certifications in Avalanche Level III, Outdoor Emergency Care, and CPR. Brian has lived in Jackson Hole since 1998, been a ski patroller at Jackson Hole Mountain Resort, lead rock and mountaineering courses for the National Outdoor Leadership School (NOLS), and instructs for the School for International Expedition Training (SIET).

He has climbed and skied extensively in the Western U.S., Alaska, and the Canadian Rockies, with expeditions to Denali, Mount Hunter, and the Cordillera Blanca in Peru. Beyond the Tetons, Brian has guided rock climbing in the Wind River Wilderness, City of Rocks, Red Rock National Conservation Area, Eldorado Canyon, Boulder Canyon, RMNP, Castle Valley, Moab, and Indian Creek. He has also guided ice climbing in the Southfork of the Shoshone, just outside of Cody, Wyoming. Brian has skied off the summit of the Grand Teton three times, one of which was a guided ski descent. He has also climbed the Regular Northwest Face of Half Dome in a day and recently completed a one-day traverse of the Cirque of the Towers in the Wind River Wilderness. Brian's greatest accomplishment, however, is being a dad, and he enjoys spending time with his 4-year old daughter Stella climbing, bike riding, fly fishing, and skiing!

Whether you are looking for an alpine, rock, or ski adventure, Brian has the training and experience to guide you toward your goals.