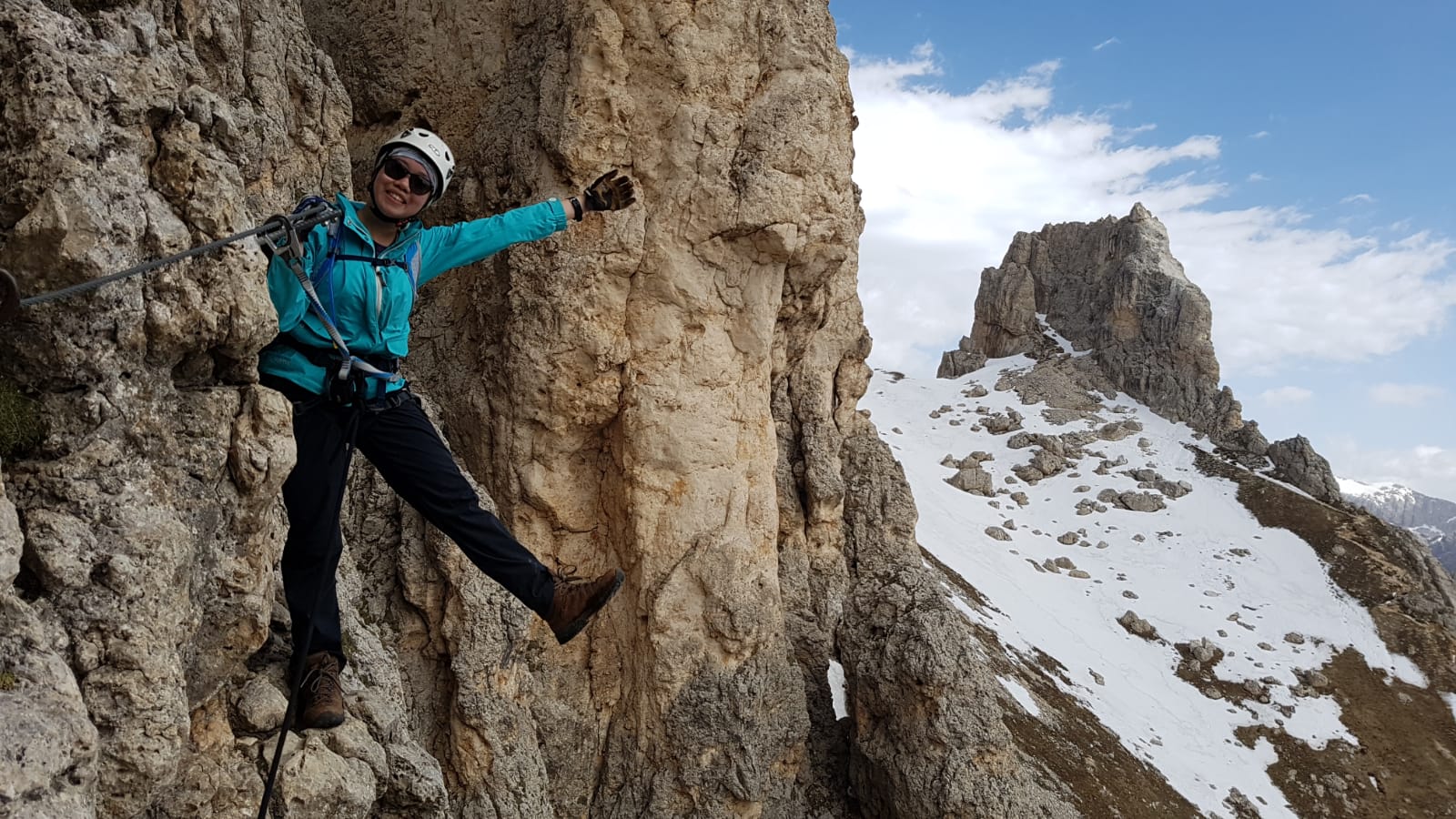 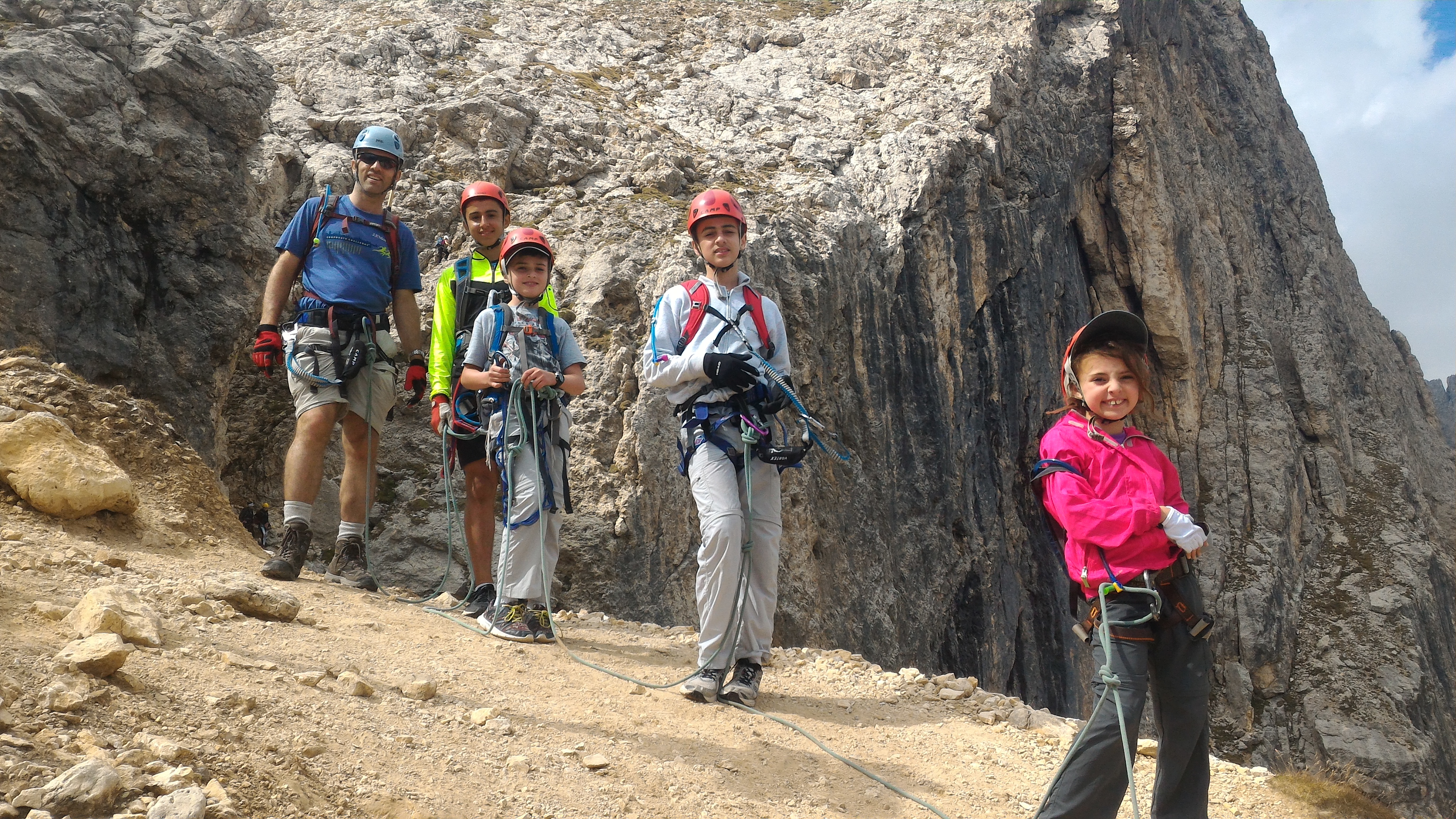 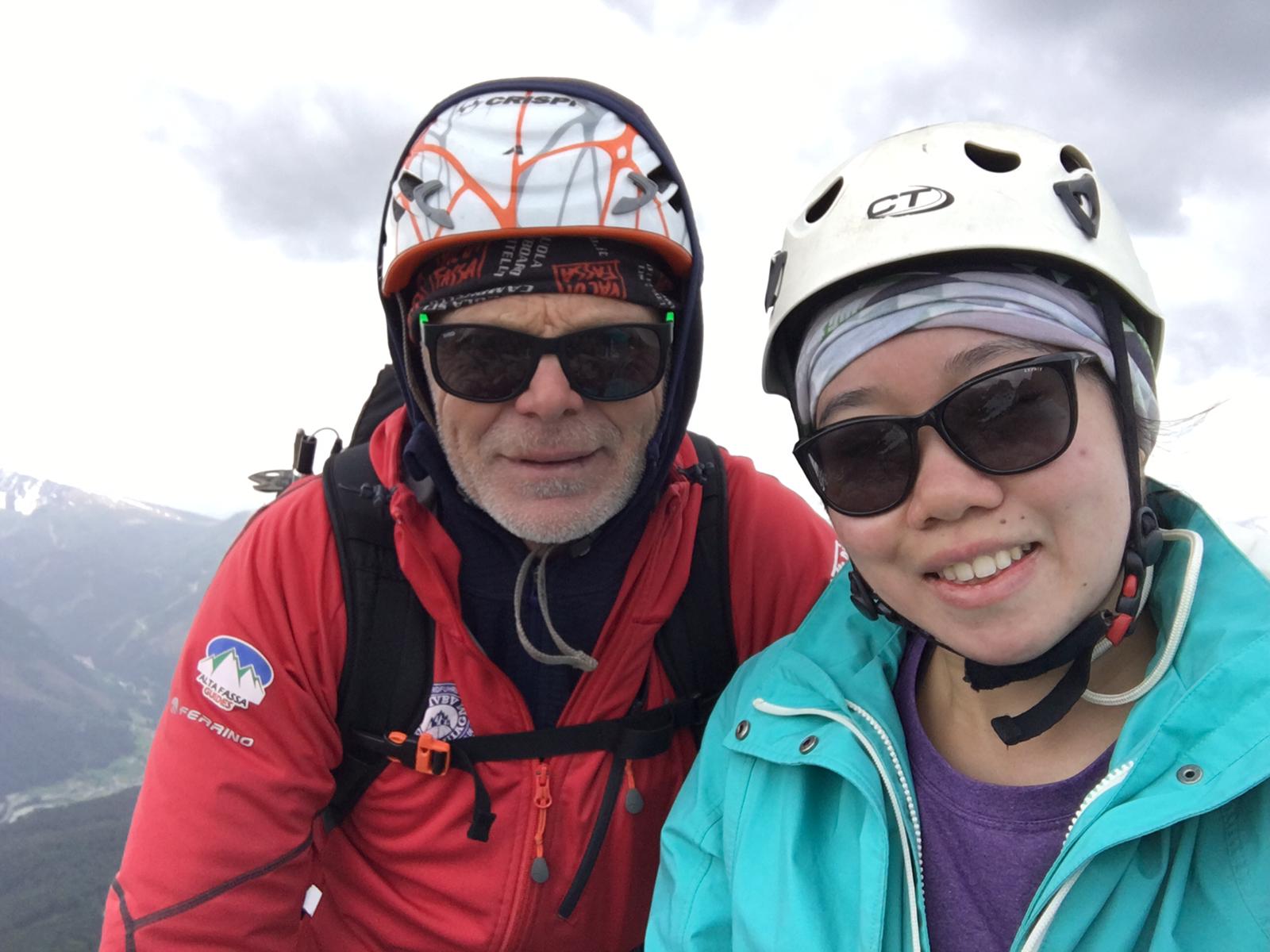 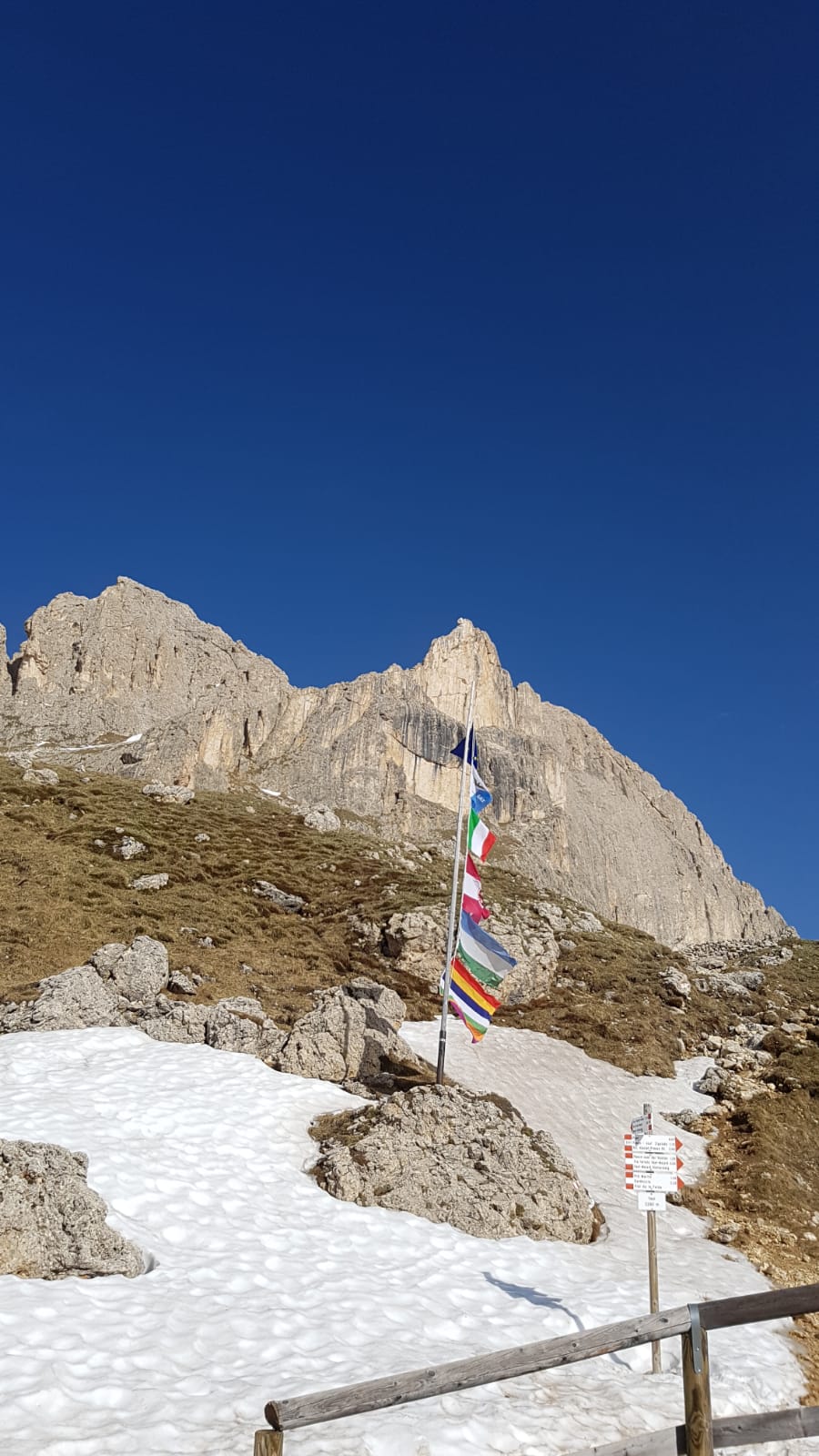 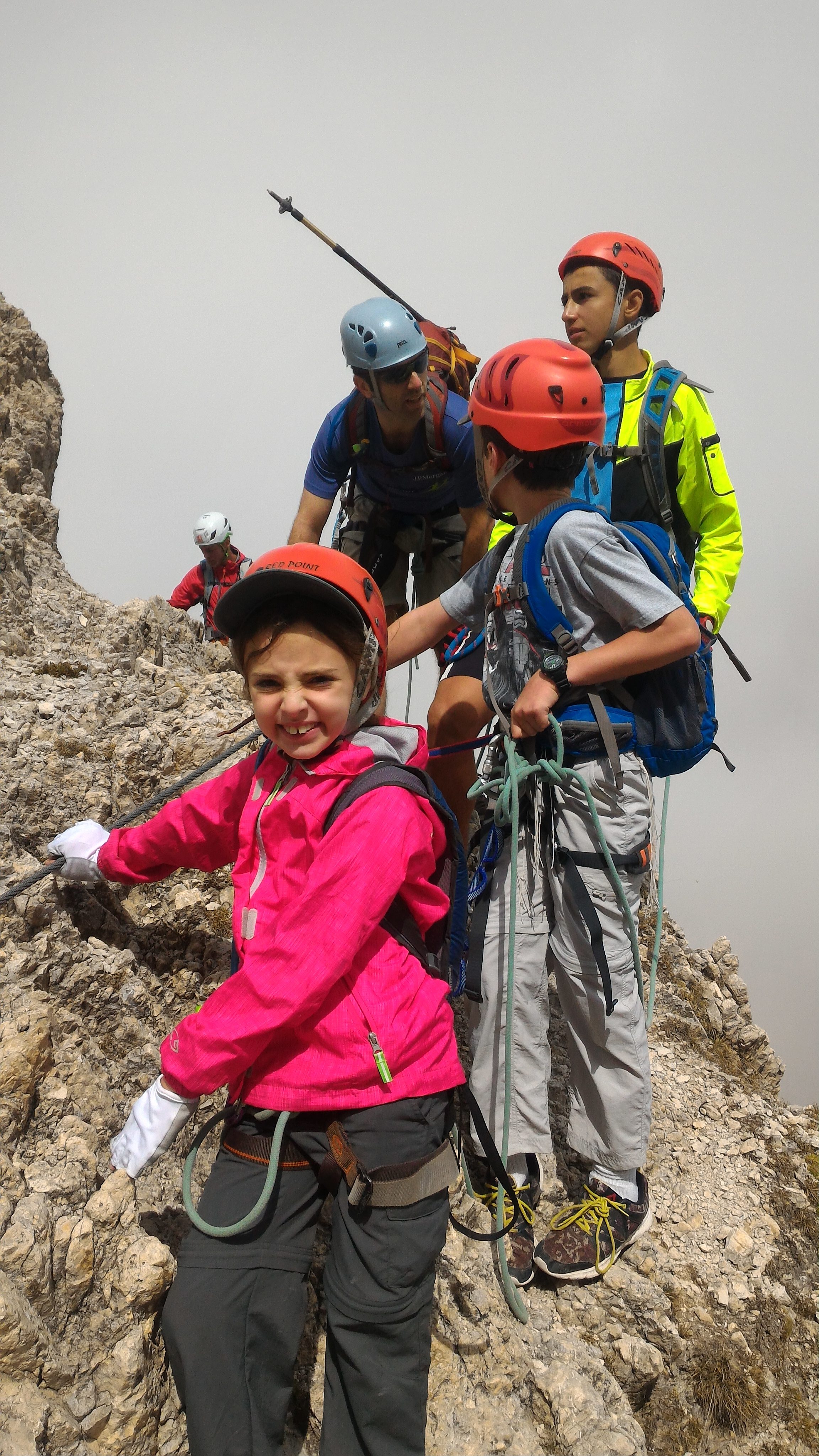 Roda de Vael & Masaré are two via ferrata routes in the Rosengarten group, a massif of the Dolomites. Enjoy an exciting climbing day with Renato, an IFMGA mountain guide.

The Dolomites boast many via ferrata routes for all levels. This time, I propose a 1-day trip climbing two of them: Roda de Vael & Masarè.

Both of this via ferrata routes lie on the Rosengarten group (also known as Catinaccio), a 3000 m high massif with an easy access from the village of Vigo di Fassa.

It takes roughly 2 hours to go from Vigo di Fassa to the starting point of the first via ferrata route: Roda di Vael. This is an simple route, with no exposed sections, great as an introduction to this activity. At the summit, you’ll get some wonderful views.

Masarè ferrata, our second objective, is a more difficult and demanding route, with some steep and exposed passages. However it’s among the most beautiful via ferrata routes in the Dolomites. Here you’ll enjoy breathtaking views of the Rosengarten massif, Brenta, Marmolada and the Ortler Alps.

The total length of this trip will be around 8.30hs.

Would you like to join me for this exciting 1-day trip in the Dolomites, climbing some of its famous via ferrata routes? Send a request so we can plan this together!

I guide many other via ferratas in this area, like via ferrata Mesules in the Sella group.

Being in the mountains has always been my passion, guiding people, teaching them climbing, mountaineering... during the various seasons of the year. I very much enjoy drawing nice curves in fresh powder snow and discover the charm of the frozen waterfalls.

My curriculum and professional mountaineering is made of many ascents and some openings of routes in the Dolomites and the Alps. I climbed in Yosemite Valley (California), Ben Nevis (Scotland) and Norway, Greece, Spain and Sardinia. I did also several high altitude climbs like Mt Denali (Alaska), Ama Dablam (6828m), Cho Oyu (8201m), Manaslu (8163m), Shivling in India (6545m), Cotopaxi and Chimborazo in Ecuador (5897m and 6310m), Patagonia (Argentina).

Feel free to get in touch with me if you are coming in the Dolomites for skiing (alpine, freeride and ski touring), rock climbing, sport climbing and multi pitch climbing. It will be my pleasure to guide you here and let you discover my secret spots.

What People are Saying about Renato Bernard

Via Ferrata courses for all levels

Other trips in Dolomites