Located in South-central Chile, just above the country’s lake district and beneath its central plain, the Araucania Region has two main claims to fame. It is known both as the “granary of Chile” as well as an amazing destination to climb volcanoes!

Along the region’s eastern border with Argentina, the Andes mountains tower over the plantations, vineyards and small settlements. While some of these imposing peaks are best reserved for advanced mountain climbers, others are perfect to learn new skills and test your chops.

Araucania sits on the eastern edge of the Pacific Rim of Fire and has plenty of volcanoes, which make for stunningly scenic climbs. Between them and the mountains, there is too much here to climb in a single lifetime, so we’ve highlighted some of the top spots as well as some useful information to help you decide what to prioritize! 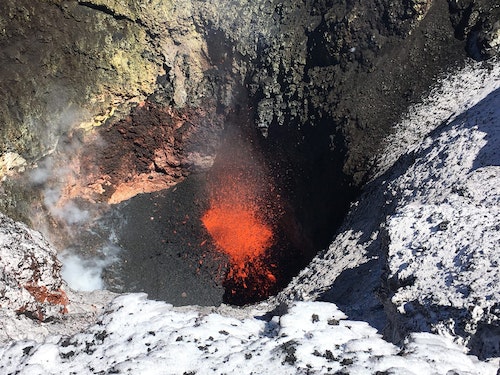 Known as one of Chile’s most active volcanoes, Villarrica is also a premier climbing destination for beginner mountaineers. It is known as the most climbed massif in the Americas, with roughly 14.000 people reaching its summit each year.

Villarrica is considered one of the best summits for beginners in the Andes. Find out which are the others!

From bottom to top, you will ascend about 1.575 meters of moderate climbing, none of which is overly technical. The climb takes only about five hours and is perfect for either a one-day excursion or, if you are interested in exploring the slopes for a bit longer, a two-day excursion as well.

One of the thrills of climbing this active volcano, which last erupted in 2015, is reaching the massive crater at the top. Occasionally smoke can be seen rising out of it, which makes for quite the photograph, or if you’re intrepid enough, selfie. 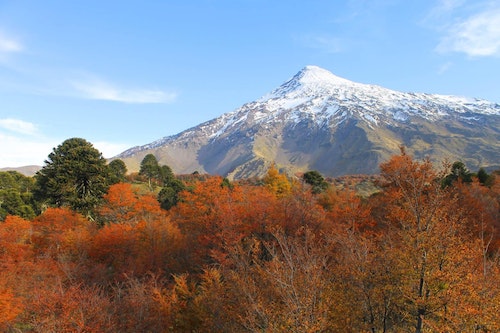 Located right nearby Villarrica, within the same Mocha-Villarrica Fault Zone chain of stratovolcanoes, Lanin is one of the most iconic volcanoes in Northern Patagonia.

With its conical summit blanketed in a glacier, the 3.776 meter tall peak is easily recognizable from a distance. Sitting on the border with Argentina, there are routes that take you to the summit from both sides of the border.

The peak generally takes about two days to summit, but some guides also offer four-day trips that include a bit of mountaineer training prior to climbing the peak.

Of the two routes to head up, there is the normal one and the southern one. The normal route takes you up the northern flank of the volcano and only requires the use of crampons and an ice axe when approaching the summit. Otherwise this route mostly involves hiking.

The southern route, which actually starts in Argentina, is much tougher and requires more advanced mountaineering skills. In order to summit the volcano from this side, you will head over the glacier and be required to rock climb and ice climb at various points.

Planning to climb Lanin Volcano? Don't miss our guide with all you need to know before going there. 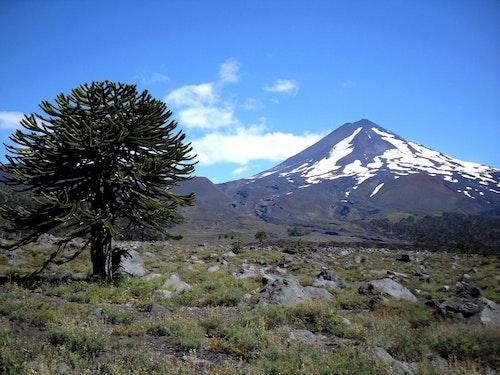 The volcano is both of of the most active as well as one of the largest in all of Chile. It last erupted in 2008 and experts believe will erupt twice more in the next two decades.

For mountaineers, however, the peak is seen as an ideal destination. It is the tallest mountain in the area and offers spectacular views of the forests and valleys around it. Renowned for its natural beauty it is often seen as a more picturesque and less crowded alternative to Villarrica.

Due to its remote location, roughly 80 kilometers northeast of Temuco, it takes a bit of getting to as well as climbing. The climbing is not overly difficult, but does require some previous mountaineering experience.

Most guides offer either three-day trips or four-day excursions to the summit.

On the way up, you will head through the region’s araucarias forests and Andean lagoons before heading out onto the slopes. There is a moderate amount of rock and ice climbing involved to get over the glacier and onto the summit. However, this should be doable for people with basic climbing experience.

Located just about 40 kilometers north of Llaima is the slightly smaller Lonquimay. The active stratovolcano, which last erupted over a two year period from 1988 to 1990, rises 2.865 meters tall.

Just like Llaima, it is seen as another excellent mountaineering destination, both for its relative ease as well as for its less crowded summit than some of the other popular volcanoes in the region.

There are numerous routes to the top of the volcano, but the normal route is the easiest one. This route only requires the use of crampons and an ice ax toward the tops, once you’ve reached the glacier. It generally does not require rope unless it has been a particularly snowy winter.

Most guides offer three-day excursions to the summit and back.

The crater at the top of the volcano is truly a remarkable sight. It takes about a half-hour to walk across the entire thing and is well worth a look about once you’ve reached the top.

What is the best time for climbing a volcano in the South of Chile? 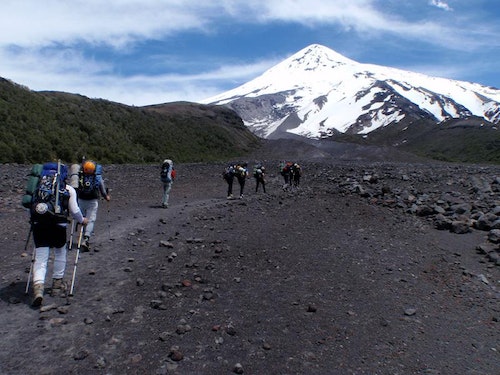 The best time to come and climb one of one of Southern Chile’s volcanoes is during the summer and early autumn, from December to April. However, some guides also offer winter mountaineering trips as well.

During the summer months, average daily temperatures hover between 20ºC and 25ºC. Temperatures tend to cool down the higher up in elevation you go, so it is always best to dress in layers as there could be a big discrepancy between temperatures at the base and summit of whichever volcano you choose to climb.

How to get there and where to stay?

As the region is tucked away in South-central Chile, Araucania can be a bit tough to get to, but the efforts are well worth it. Any trip to the region begins with a flight into the international airport in Santiago (SCL).

Depending on the trip you have booked, some guides might meet you there, in Santiago, before coming down to Araucania with you. Otherwise, you’ll need to take a domestic flight to the airport at Pucon (ZPC) for expeditions to Lanin and Villarica.

Once you have arrived in Pucon, there are plenty of places to stay for the duration of your trip ranging from backpacker hostels to luxury hotels. For ease of planning, most guides will recommend that you stay here.

For trips to Llaima and Lonquimay, you will fly into local airport at Temuco (ZCO) instead and then make then 80 kilometer journey northeast to stay in Curacautin prior to climbing your final destination. Depending on the guide, some may arrange transport there for you. Otherwise there are buses that run here from Temuco.

While it is not as popular as Pucon, Curacautin also offers a few choices of different hotels at which to stay.

What else to do in the South of Chile?

Once you’ve finished your mountaineering expedition, there are plenty of other amazing outdoor activities to try out while you’re in this picturesque part of the world.

Rock climbing and trekking are two other popular activities in the region and both are excellent ways to get out and explore some of the scenery you will have just seen from above! 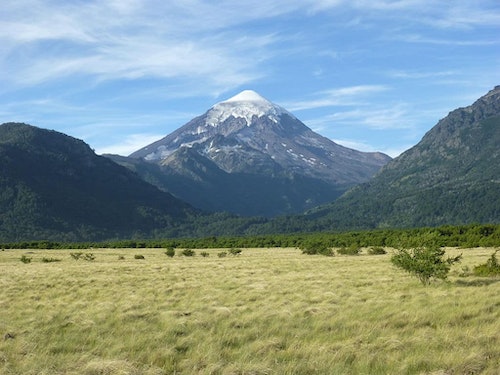 So what are you waiting for? Book your next adventure to the stunningly scenic volcanoes of the Araucania Region of South Chile today and get ready for the trip of a lifetime! 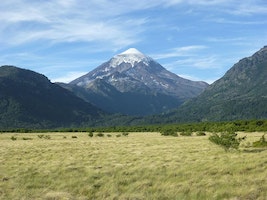 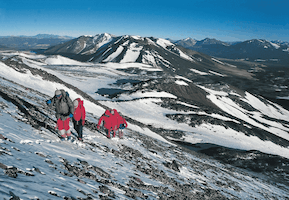