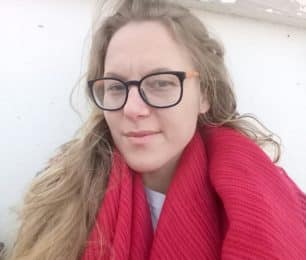 At 6,190m, Mount Denali is the highest mountain in North America, and therefore one of the famous Seven Summits. Climbing to the top of this daunting peak is on the list of many mountaineers and is a unique challenge. Remote, icy, enormous, this mountain is only friendly to those that show it respect.

Those that wish to reach the summit of this Alaskan giant will need proper training, some mountaineering knowledge, experience and technique, adequate equipment, and ideally, a seasoned guide to show the way and evaluate situations on the mountain. Climbing Denali involves pushing sleds with food, clothes, and equipment, as well as acclimatizing, so it also requires a lot of physical stamina. The rewards include a unique sense of accomplishment, a deep training for higher, more challenging climbs to come, a more developed sense of community with other fellow climbers, and of course, stunning views. Read on to find out everything you need to know to plan for this exhilarating feat.

1. Where is Mount Denali?

Mount Denali is located in the United States, in Alaska, in the Denali National Park and Reserve, which has a surface area of 24,464 km2 and is 290km away from Anchorage. Denali is the third most isolated mountain in the world, and it belongs to the Alaska Range which extends 650-km into Yukon in Canada. Some other nearby peaks are Mount Foraker, Mount Silverthrone, Mount Hunter, Mount Huntington, Mount Dickey, and The Moose’s Tooth.

2. When is the best season to climb Denali?

Denali is famous for being a very cold peak, year-round. Therefore, it is no surprise that the best season to climb it is in the summer, between May and July. Average daytime temperature during this season is 19°C, and often below zero at night and high altitudes. This is not to say that Denali can’t be climbed in other seasons, however, a different level of expertise will be necessary as well as logistics.  In the winter, cross-country skiing, dog sledding, and winter camping are common practices in the area.

3. How long does it take to climb Denali?

Climbing Denali takes approximately two weeks. Keep in mind that going to and from the mountain in itself may take a few days, especially if there are bad weather conditions, furthermore, the climb itself may be stalled due to climate. Therefore, guided programs are usually 3 weeks long, and sometimes a bit more, to account for acclimatization, and to include extra days in case of delays.

Join a 22-day program to the top of Mount Denali!

4. What are the main climbing routes to climb Denali?

There are four main routes to the summit of Denali:

This is the most common route. The ascent usually starts off from Kahiltna Glacier, where you can be dropped off by plane, and where there is a base camp manager living year-round. This is the most straightforward route to the summit with the least avalanche risk and crevices.

Climb the West Buttress Route in 25-days on this guided program to the top of Denali!

Originally the standard way to the top of Denali, this route starts off from the north in the direction of Muldrow Glacier and finally joins the West Buttress Route at the Denali Pass before the final stretch to the summit. Although it is technically just as difficult as the West Buttress, logistics are more difficult to organize because there are no airplane landings on the north side.

Although this route has the same starting point as the West Buttress, it takes a more challenging path to the summit that involves going through the “Valley of Death”, and then crossing two snow domes. At an altitude of 4800m, it is possible to move into the traditional West Buttress route or otherwise continue on the West Rib which requires some rock climbing and bouldering before choosing to go up one of two snow couloirs that lead to the final stretch.

The newest of the four routes is also the most difficult. Some of the challenges it poses include 2400m of sustained climbing, going by the “Valley of Death”, crossing the Knife Edge Ridge of blue ice, rock climbing, and ice climbing. It is accessed from the south side and is only advisable for highly skilled professional climbers.

5. How difficult is it to climb Denali? What kind of training do I need to do before climbing?

Climbing Denali is difficult and requires adequate physical and technical training. Keep in mind that not only will you have to deal with altitude, but also with extreme weather and pulling sleds with food, gear and more. You will need rope skills, avalanche training and how to use ice-ax and crampons. Furthermore, you will also need to be prepared for winter camping, as well as take into account proper acclimatization.

Train and prepare for Denali on this Cascades 9-day Denali Prep Course in Washington!

Mount Denali is famous for being very cold. The summer is short and spans from late May to mid-July, with average daytime temperatures of 18 °C. The peak sees storms and snowfalls as early as August, and in the winter, temperatures can drop to -10 to -20°C.  Additionally, the cold season can run into late March and even early April, which means the mountain sees a very short spring.

7. How much does it cost to climb Denali?

A guided trip to the top of Denali costs between USD 8,000 to USD 10,000 depending on the duration of the trip. On average, cost, including guides, transport to route kick off point, all meals and equipment is USD400/ day. Additionally, you will need to find out whether the program includes the NPS climbing registration fee, which is USD250 for climbers under 24 years old, and USD350 for climbers over 25.

Climbing Denali is a unique experience that you will never forget. This great mountaineering feat is a challenge that will give you a great sense of accomplishment as well as training you for further climbs. Additionally, you will get to experience a remote and extreme location, with breathtaking landscapes and wildlife. Book your place with one of the guides at Explore-Share.com and start planning a thrilling climb to the top of Denali!

Want to know more
about Mountaineering in United States?

Climbing a Via Ferrata, a Must-Do Experience in the Dolomites

7 Incredible Mountains to Climb in the US