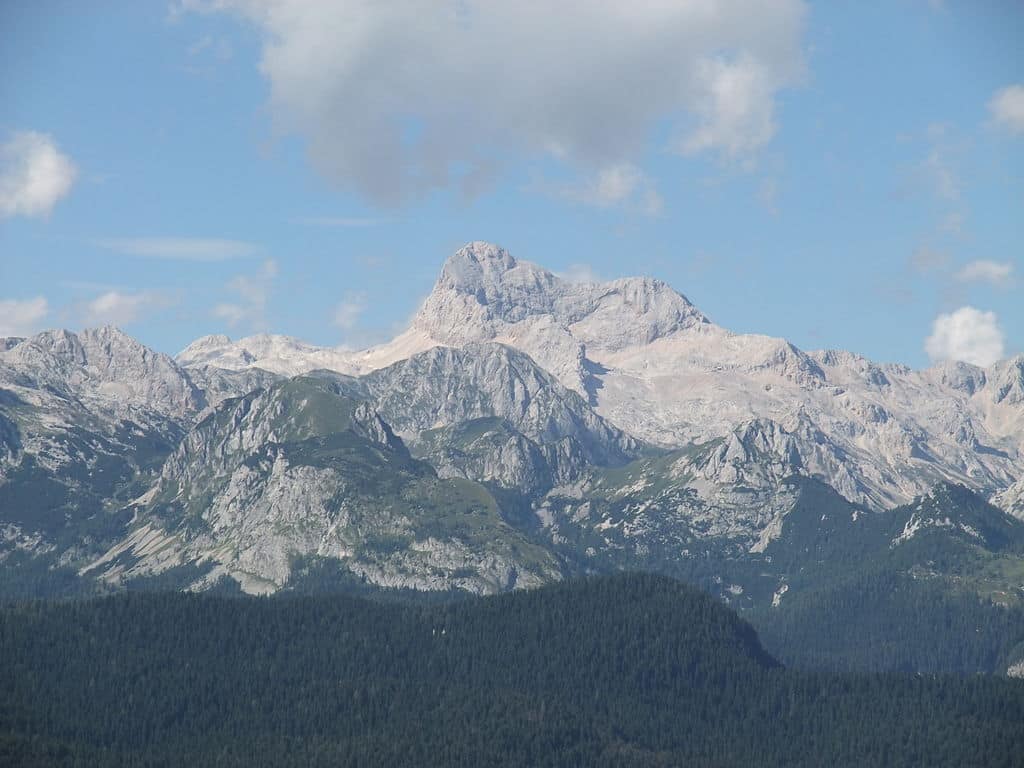 A 1-day climbing trip on the impressive north face of Mt Triglav following the German route, together with Marija, IFMGA mountain guide.

Mount Triglav (2864 m) is the highest mountain in Slovenia and boasts a gorgeous north wall. This wall has more than 120 climbing routes. Would you like to join me for a 1-day adventure there?

This time we’ll take the German route, one of the classic ‘iron routes’ in the Julian Alps. It’s a solid 1000 m rock route with stretches of Grade IV difficulty in the UIAA Grading System.

However, the difficult spots are spread along the route on a balanced proportion. There’s also a quite exposed climb on the upper part of the route, with a very scenic landscape.

Our starting point will be Aljažev dom in Vrata Valley. From there, we’ll take the Prag Route and hike for almost 2 hours to the foot of Triglav’s north face.

The German climbing route offers a few alternatives. One of them is “the Short German Route“, which consists on taking the Zimmer-Jahn exit, that cuts about 200 m of the route.

The other option is taking the North Ridge of Triglav. Following this way extends the route in 300 m and leads you directly to the summit of this symbol of Slovenia.

Would you like to join me on a climbing trip through the German route in Triglav? Contact me so we can start planning your adventure!

If you don’t have much climbing experience or you prefer to pick an easier route, you can also climb the Slovenian route on the north face of Triglav with me.

I was born in Kranj, Slovenia. I am a biology teacher and I also have been a professional alpinist for more than 30 years. Until now, I’ve reached 4 eight-thousanders around the world: Broad Peak, Cho Oyu, Dhaulagiri and Mount Everest.

In fact, I am the first (and still only) Slovenian female reaching ‘the roof of the world’. Together with my husband Andrej, we entered the Guinness Book of World Records as the first married couple to stand on Mt Everest.

Beyond the Himalayas, I climbed in Alaska, South America and Japan, among other places.

Sport climbing as well as competition and rock climbing have a very important place in my life and have taken me to many incredible and challenging places around the world.

What People are Saying about Marija Stremfelj

Other trips in Slovenian Julian Alps