Luka, a ZGVS-certified guide, will guide you to the summit of the tallest mountain in Slovenia - the legendary Mount Triglav!

Join me for this 2-day climb of Mount Triglav!  Not just the tallest mountain in the Julian Alps, Mount Triglav is also the highest peak in the country of Slovenia! During this adventure, we will spend two days pushing toward the summit by trail and via ferrata.

At 2,864 meters (9,395 feet), Mount Triglav is the tallest peak in Slovenia, and an important symbol of the southern central European nation.  In fact, the mountain is depicted on Slovenia’s official coat of arms, and has been explored by adventurers for centuries.  Not to mention, the country’s only national park – Triglav National Park – is home to and named for this mountain.

Over the course of this two day adventure, we will explore the beautiful alpine environment of Slovenia as we summit this picturesque mountain. I will guide you through mountain trails and via ferrata as we ascend toward our goal.

We will start from the Krma Valley and walk about 5-6 hours up to the Kredarica Hut, the highest mountain hut in Slovenia, which will be our refuge for the night.  We will then summit with the assistance of via ferrata, and descend down past the Kredarica hut to complete the climb.  While we will use the via ferrata during the technical portions of the climb, you should be fit enough to accomplish 2,000 meters of elevation gain/loss in order to reach the summit in 2 days.

Book now and I will guide you to the summit of the tallest mountain in Slovenia, a legendary mountain that has captured the hearts and minds of the entire country! 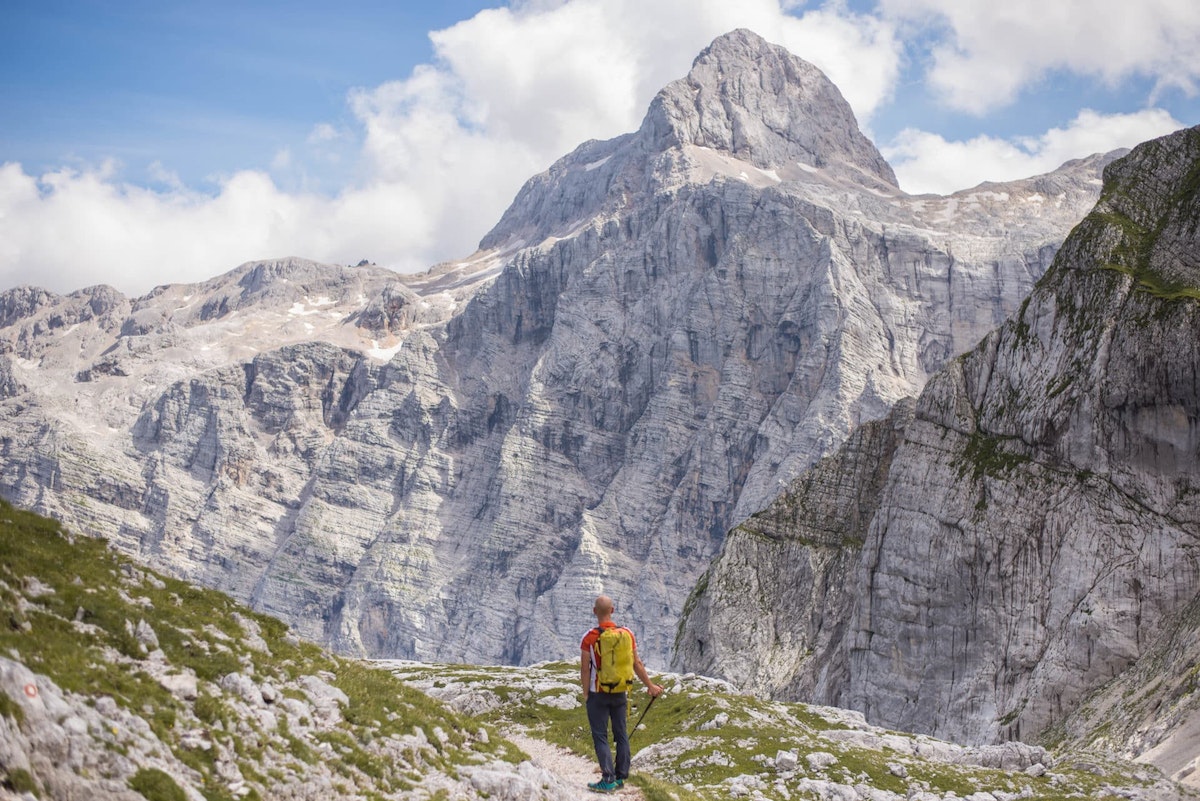 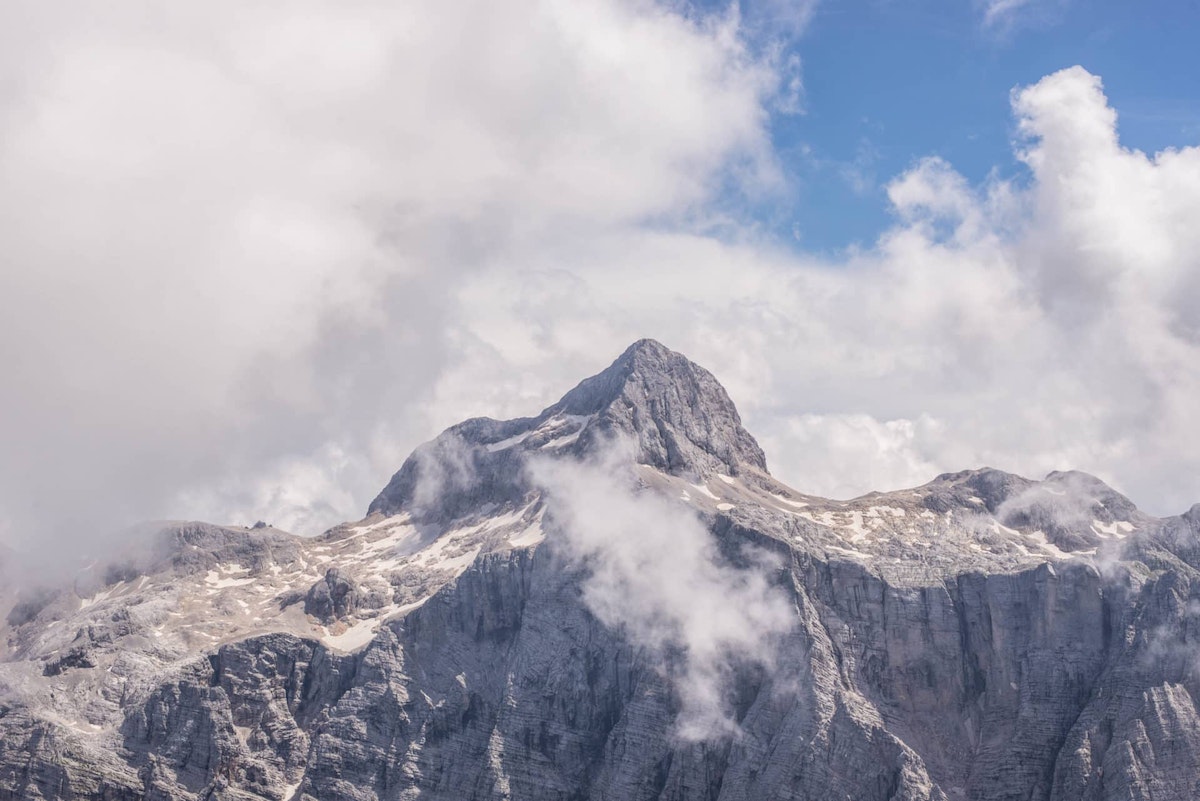 I was born in Ljubljana in 1988 and began climbing during high school. In 2010, I became a climbing instructor, after years of spending my free time on the walls of the Alps, both in Slovenia and abroad. I studied Geography at university, but mountaineering, climbing and now mountain guiding have always been my main occupation. I've received multiple awards, including the Piolet D'Or. I'm a fully certified IFMGA guide.

What people are saying about Luka Strazar

This was my first time using explore share, and it is a brilliant idea that works exactly as intended. I was able to find exactly what I wanted even in the off season with minimal effort. Luka, my guide, was very knowledgeable about Slovenia, and about climbing. He was very friendly, patient, and made the experience more enjoyable. I learned a lot about climbing thanks to his advice, and feel as though I will be able to progress more thanks to this.

Luka was an amazing guide! He truly went above and beyond on this trip. One example: he had a significant personal event occur right before I arrived, but made sure he was available to guide me anyway. Second, one of my climbing days was far too rainy and cold sadly to continue to be alpine, so he drove with me another two hours to a site that was enjoyable and much warmer. As well I found him to be a kind coach and willing to let me try hard on routes. Looking forward to another climb with him.

Luka was an amazing guide. He was able to both challenge our son, who is an experienced rock climber, but also give my spouse and I the encouragement we needed to have a great time for our first day of outdoor climbing. I highly recommend him!

1) The guide : Really nice person, and experimented climber. I always felt safe with him. He had a plan A and a plan B, if the plan A was too hard for me. 2) The trip. First time mixt climbing, and i really enjoyed it. The slovenska route is more funny to climb than going to the summit from the hut ! So i really recommend going with Luka anywhere you want to go, especially because there are so nice mountains in Slovénia

Luka was wonderful, he was able to adapt to our skill level and we had a great time despite the Bura winds!

Luka was a fantastic guide, we were complete beginners and he took us through all the equipment and techniques making us feel super safe up on the rock. Luka is a very friendly guy and we really felt he gave us great value for our trip and I would recommend him to anyone wanting to climb in Slovenia

Had a great morning climbing with Luka - he found some routes that were just right for the grade I climb at, and was great to climb with. I would highly recommend this trip!

The climb was great in every way! Luka was a amazing guide and after some climbing suggested that we should do another route on Triglav than the one I booked, which was super fun and Im happy it was possible and suggested. 5/5!!

The trip was GREAT! Luka was Super!! Thank you

I had an excellent time on the climb with Luka Strazar. We climbed the lower German Route on the North Face of Mount Triglav, starting after a two hour hike in from where we parked the car. The North Face is an amazing rock wall and after spending several hours of climbing we made it to the top of the German pillar by early afternoon where I signed the summit register.  The views off of the pillar were stunning. Because it was already early afternoon we decided to traverse across the mountain using a series of ledges to get onto the Slovenian route and then to trails leading back down the mountain. Luka was great, he set a good pace and offered good advice throughout the climb. I would have no reservations about recommending him to someone looking for a guide.

Price includes guiding services. Does not include accommodation in mountain refuge.

2-day climbing trip to Mount Triglav with a group

Mountain Climbing in the Julian Alps

Mountain Climbing in the Soca Valley

Mountain Climbing in the Vrata Valley