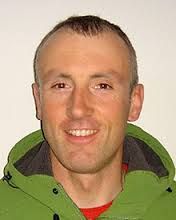 Climbing the Mangart via ferrata in the Julian Alps, Slovenian and Italian routes

Join Blaz, your IFMGA-certified guide, as he leads you on this epic and adventurous climb on the Mangart Via Ferrata in the Julian Alps, a thrilling route that entails climbing on huge sheer rock faces that also provide sensational views out over the lovely Slovenian countryside.

1-day Climbing Mala Mojstrovka Via Ferrata in the Slovenian Alps

Discover one the most scenic via ferratas in Slovenia, the Mala Mojstrovka, a family-friendly route in the Julian Alps, along with IFMGA-certified guide Blaz.

Join Blaz, an IFMGA mountain guide, on a 1-day via ferrata round-trip in Mount Mangart, a peak on the border between Italy and Slovenia, in the Julian Alps.

One of the fastest and steepest routes to Mount Triglav from Soča valley. Follow Blaz, an IFMGA mountain guide, on a 2-day climbing trip for those in excellent physical conditions.

Via ferrata Silva-Korena in Slovenia

Enjoy one of the many via ferrata routes in Slovenia: climb Silva-Korena to the top of Mount Krn in the Julian Alps, together with Blaz, IFMGA mountain guide.

Join this group ascent tour and reach the summit of Mount Triglav, the highest peak in Slovenia, along with IFMGA-certified guide Blaz, starting from the Soca Valley.

Blaz, an IFMGA mountain guide, takes you on a 1-day via ferrata climb on an impressive peak of the Julian Alps: Montaz (also known as Špik nad Policami).

Reach the summit of Mount Triglav, the highest peak in Slovenia, in this 2-day climbing trip starting from the beautiful Soča valley, together with Blaz, IFMGA mountain guide.

Mala Mojstrovka is a very nice via ferrata with a steep climb and very nice views and our guide Blaz was top!

Blaz went above and beyond to make sure I had an amazing experience while climbing. Would highly recommend for anyone considering, it is worth it!

We did the Mangart, Slovenian route up and Italian route down. Blaz was an excellent guide, paying utmost attention to our safety. That's also why we started at 5 am, to avoid danger of potential thunderstorms in the afternoon. Blaz was very knowledgeable about the region and its turbulent history. We enjoyed our day with Blaz very much! Felt very very safe, learned a lot and would very happily recommend Blaz to anyone!

The experience was absolutely amazing. It was the highlight of trip to Slovenia. The views were incredible and Blaz was a great guide. This was my first time doing a via ferrata climb, and even though I was a bit nervous at first I never felt scared once we started the climb. Everything was super safe and we were able to move at our own pace. Blaz told us a lot about the mountains and the history around them and took great photos of us during the climb. 10/10 experience :)