Join Simeon, a Slovakian tour guide, who will take you on a 10-day trek to the Rila and Pirin mountains in Bulgaria, and Mount Olympus, Greece.

Join me on this mesmerizing 10-day trekking tour across Bulgaria and Greece. Our adventure begins in Bulgaria’s capital, Sofia, after which we will head to the Govedarsti village at Rila National Park. Rila is the largest national park in Bulgaria, habitat of endangered wildlife species, with a biological and cultural diversity that will captivate you. It is the home of Mount Musala (2925 m.), the highest peak in the Balkan Peninsula and our first ascent.

We will also climb Malyovitsa Peak (2729 m.). I will then guide you through ancient paths protected by the Sacred Seven Lakes Glacial Circus. We will admire 2 of the best preserved monasteries guarding these mountains, the Rila Monastery and the Rozhen Monastery. Be prepared to hold your breath as you contemplate the beautiful contrast between UNESCO’s World Heritage Ortodox Sanctuary, the Rila Monastery, and the meadows, forests and mountains that surround it.

Thereupon we will head to Pirin National Park, known for its exceptional variety of plants and animals, including brown bears, gray wolves, wildcats, boreal owls, eagles and falcons among many others. The best views of the park lie ahead as we ascend Mount Vihren (2914m.). Also known as the Eltepe (peak of storms), Vihren’s steep mountain track will prove to be as demanding as rewarding. Finally, we will ascend the Mountain that inspired Greek mythology, Mount Olympus (2.918 m.). If the weather allows us, we will climb Greece’s highest peak, Mytikas (2.917meters).

After such a dream like pilgrimage through sacred land, nature and monasteries, I promise the descent and our progressive path back to civilization will be equally enticing. Walking along the waterfront of one of the most ancient cities in Greece, Thessaloniki, will be the perfect ending of our journey.

Please note we will walk about 5 to 8 hours every day, therefore you need to be in very good shape in order to join this trek.

So if you are looking to take a walk through history, send me a request, and let me guide you.

Today we will arrive to Bulgaria’s capital Sofia, and head to Govedartsi village. We will stay at a family-run guesthouse, and have a traditional home cooked dinner.

Today we will ascend to Mount Musala, transfer early to Borovets resort, take a gondola lift to Yastrebets peak and head to Musala Peak. In the afternoon wi will return to Govedartsi village.

Our day day will begin with a short transfer to the starting point of our climb to Malyovitsa Peak (2729 m.). After our ascent we will reach the Seven Lakes Glacial Circus.

Today will be our last day in Rila National Park, where we will visit the Ortodox Sanctuary, Rila Monastery (UNESCO’s World Heritage Site). We will then transfer to Bansko where another traditional dinner will be served, paired with folklore music.

From Melnik we will take a round trip around the Melnik Pyramids Nature Phenomena. We will then visit of Rozhen monastery and transfer to the Greek village Litochoro.

If there is no snow and the weather allows us, we will ascend Greece’s highest peak, Mytikas (2.917 m.). We will then hike towards refuge B for the last night in the mountain.

Today we will trek from Refuge B down to Gortsia village. Later that afternoon we will direct ourselves to Thessaloniki, where we will walk alongside the waterfront and see Aspros Pyrgos, the white tower.

Today our tour ends. Transfer to Thessaloniki airport to catch a flight back home. 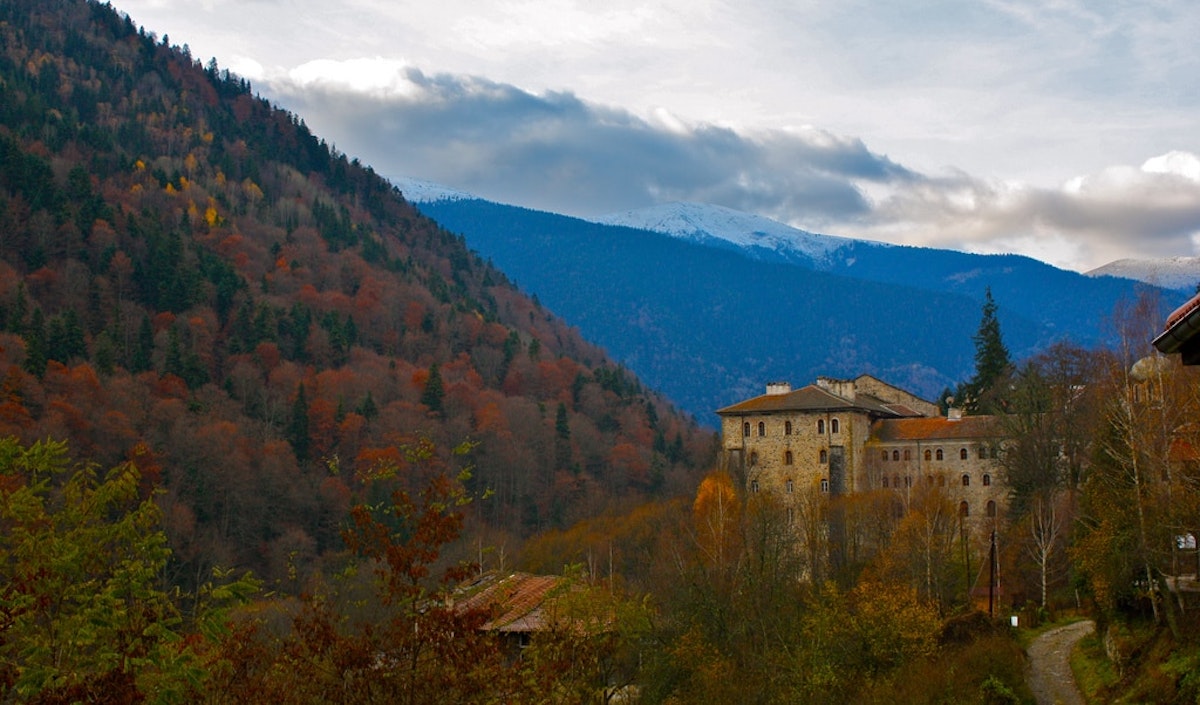 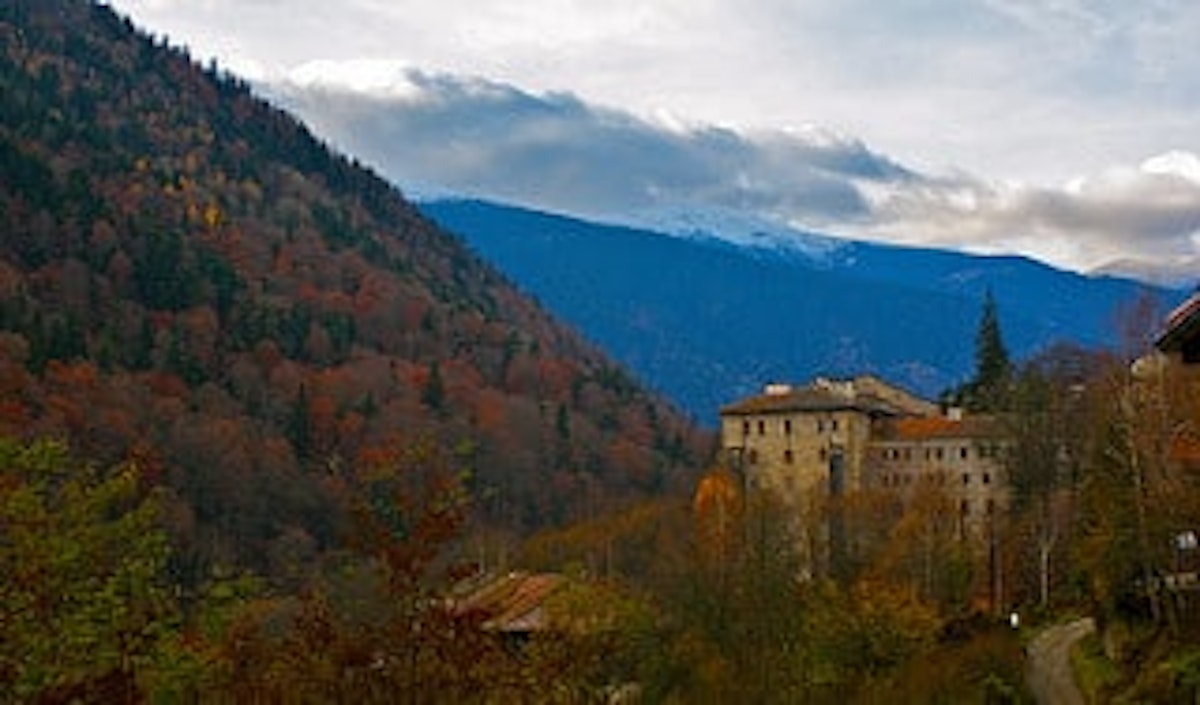 I've been lucky enough to have the opportunity to travel a lot, most of all in my country and the surrounding ones, but travel has been part of my life since forever. It started as my hobby and a preferred way to spend my holidays which, with the time, naturally evolved into being part of my professional career.

Bulgaria has 2 alpine Mountains which are not the largest in the World, but offer great deal for Mountaineering. Having 4 seasons, I'm able to practice both rock & ice climbing as well as Ski touring and snowshoeing.

I started guiding 7 years ago and, for the moment, I work with foreign people travelling in Bulgaria and the Balkan Peninsula. I guide hiking, scrambling, climbing and mountain biking tours and I work in a cooperation with a few Bulgarian colleagues of mine.

The price includes: accommodation in family-run 3 star hotels and mountain huts, 9 breakfasts and 5 dinners, gondola-lift tickets, professional English-speaking mountain guide and all transfers according to the program in private minivan or minibus. It does not include: meals and drinks not mentioned in the itinerary, museum entrance fees, personal expenses, flights and taxes.

Mount Olympus hike to the top of Greece, 2 days

Day hike to the top of Vihren (2,914m), the highest peak in the Pirin Mountains, Bulgaria

Hiking in the Balkan Mountains

Hiking in the Bulgarian Balkan Mountains

Hiking in the Pirin Mountains

Hiking in the Pirin

Hiking in the Rila Mountains

Hiking in the Rhodope Mountains

Hiking in the South Aegean

Hiking in the Tymfi Mountains