Join IFMGA-certified guide Tomas on a 3-day ascent on Dent Blanche in Switzerland, one of the highest peaks in the Alps.

Conquer the Swiss mountain of Dent Blanche in the Pennine Alps, one of the highest alpine peaks.

We’ll begin in the dispersed village of Ferpecle, in the upper Val d’Herens in the southwestern region of Switzerland. We’ll hike up to the Dent Blanche hut, which lies at 3,507 meters. This section will take up 4-5 hours.

Lying at the foot of the Dent Blanche, the hut is located at the watershed with the famed Zermatt valley, overlooking the stunning Ferpecle Glacier.

On the second day we’ll climb the Dent Blanche, one of the highest peaks in the Alps, stretching to 4,357 meters. The summit is geographically important as it’s the meeting point of 3 ridges.

This also means the summit is home to stunning panoramic views of the surrounding mountain peaks.

On the final day we’ll trek back to the starting point from the mountain hut.

Due to the level of difficulty for the 3-day ascent, potential participants are expected to have good physical fitness, as well as good technical abilities.

Get in touch now to reserve your place on an incredible 3-day ascent on the Swiss Dent Blanche, one of the highest summits in the Alps. 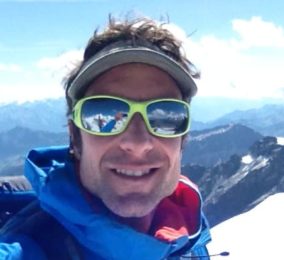 2-day Ascent of Dent Blanche in the Alps, Switzerland