What to Do in Val di Fassa? A Guide to the Dolomites’ Year Round Paradise

Lying to the north-east of the Italian province of Trentino, Val di Fassa is one of the largest alpine valleys in the Dolomites. Its closeness to some of the most legendary and staggering massifs in the range, such as the Sella Group, Catinaccio, Sassolungo and Marmolada ―the so-called Queen of the Dolomites and the highest peak in the range―, makes it an incredible destination to set out for a myriad of mountain adventures.

Val di Fassa is comprised by different mountain villages, like Campitello di Fassa, Canazei, Mazin and Moena, and it’s the only Ladin speaking valley in Trentino. The Ladin culture is deeply rooted in the local traditions, food, art and legends.

To learn more about the endless possibilities that Val di Fassa offers, we’ve talked with Etienne Bernard, an IFMGA Mountain Guide & Ski Instructor born and raised in Campitello di Fassa. Together with him, we’ve created this guide of the best outdoor activities to enjoy in Val di Fassa all year round!

Let’s dive right into it! 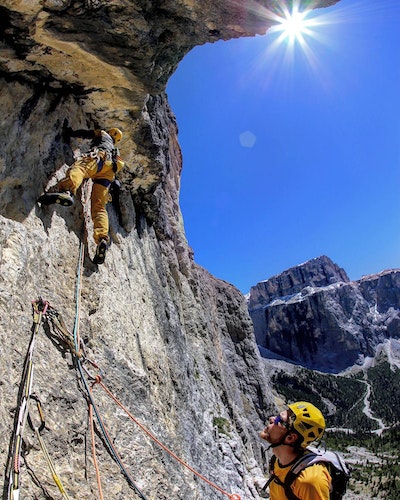 Due to its privileged location at the heart of the Trentino Dolomites, Val di Fassa is a great starting point for rock climbing trips in the area. July to September provide the best weather conditions for this activity. There’s something for everyone here, but these are our 3 recommended spots:

Check out all the rock climbing trips from Val di Fassa! 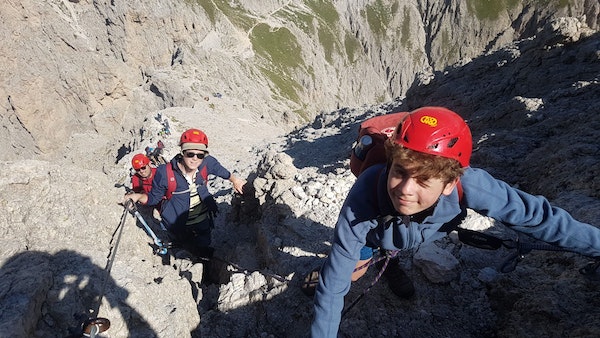 Via ferratas are climbing routes equipped with fixed steps, ladders and suspended bridges. During the First World War, several ‘iron routes’ were built in the Dolomites to help the armies traverse the mountain. More recently, those paths were restored, providing an exciting mountain adventure which is halfway between rock climbing and hiking.

Guided trips are the best way to explore via ferratas. Here’s our selection of the ones you can easily reach from Val di Fassa:

Climbing a via ferrata in Val di Fassa can be "a journey into the past, a way of traveling through time, as the routes in the valley showplace the biggest war in history: World War I", Etienne points out.

Explore all the via ferrata routes from Val di Fassa!

Keep reading: A guide to the best via ferrata routes in the Dolomites 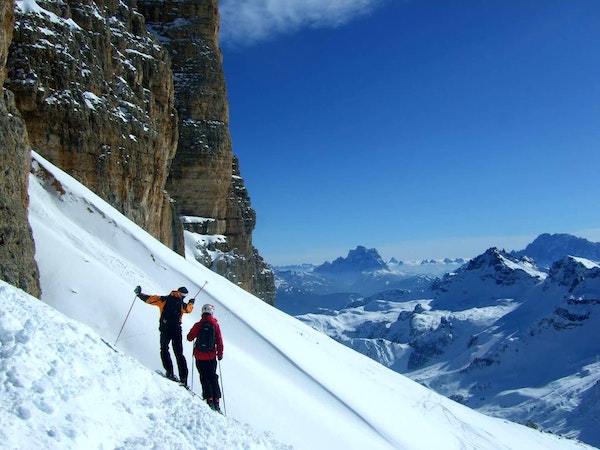 "Val di Fassa is the perfect union between snow and ski, with dusty snow under the sky and the magnificent massifs of the Dolomites over your head. It is one of the most popular destinations in the Alps, where you can ski on perfectly prepared white carpets from December to early April", says Etienne.

The Sella Group provides outstanding opportunities for steep skiing. Here you’ll find one of the most famous off-piste ski descents in the Dolomites: the Val Mesdi, which starts from Pordoi Pass. Ride the Val Mesdi with a guide!

Finally, an exciting option in Val di Fassa is to go on a hut-to-hut ski touring trip. If you have some off-piste skiing experience and you are on a very good physical condition, you can venture deep into the snowy mountains and stay at some of the many mountain huts in the area. Some of the highlights include Passo del Mulaz, Duron Valley, Antermoia Hut and Passo delle Selle. Join this 3-day guided ski tour in Val di Fassa! And in case you are on a tight schedule, you may want to consider this 1-day ski touring option.

Check out all the ski touring options in Val di Fassa! 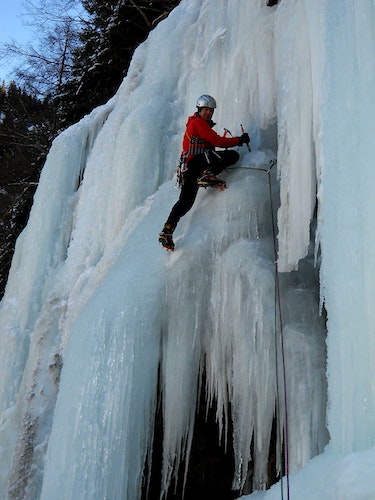 Everyone knows Val di Fassa for being a ski paradise during the winter season. But do you know it also has some incredible frozen waterfalls to climb up? Ice climbing may not be as popular, but it can make a great compliment to your ski holiday in the Dolomites.

There’s a wide variety of venues to explore, to easy ice routes for beginners to more complex multi-pitch routes for seasoned ice climbers. Fontanazzo icefall and Rio Pelous are two of the classics, which can be easily reached from Canazei. Go for a 1-day ice climbing trip in Val di Fassa!

Another interesting spot for ice climbing is the Sassolungo, with challenging routes and the chance of climbing goulottes, the lines of ice formed in the mountain crevasses. Some of the most popular include Goulotte Mistica, Goulotte Clean Gully, Goulotte Raggio di Sole, and Goulotte Holzknecht. Book an ice climbing trip in the Sassolungo.

See all the ice climbing trips in Val di Fassa available at Explore-Share.

Located on the Italian region of Trentino-Alto Adige, Val di Fassa comprises seven different mountain villages. All of them lie alongside the main road of the valley and have their own distinctive charm. From North to South, they are:

Canazei is the biggest and most popular town in the Valley, lying strategically between the Sassolungo, the Marmolada and the Sella Group. The second most touristic village is Pozza di Fassa, which is located exactly at the heart of the valley.

In case you need accommodation in Val di Fassa, here are some recommendations from guide Etienne Bernard:

One of the things that make Val di Fassa a great touristic destination in the Dolomites is that it's quite easy to reach. 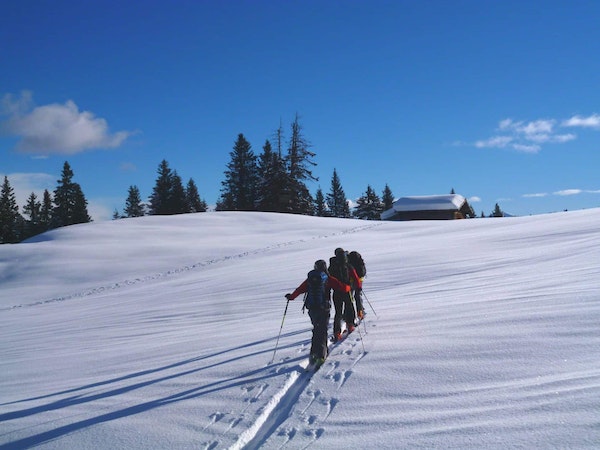 In the heart of the Dolomites, Val di Fassa awaits with incredible mountain adventures to enjoy during the summer & the winter season. Its beautiful alpine villages, rich culture and hospitable people make it one of the top destinations to visit in Trentino.

What are you waiting for? Start planning your next holiday in Val di Fassa! 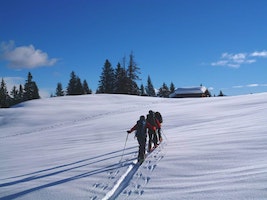 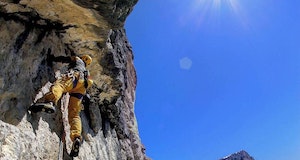